Get dressed while keeping an cautious ear out for any strange noises. If anyone/anything comes in while changing, SCREAM!

Err… yeah, but she can't get that super cool granny T-shirt on over the IV.

tegerioreo:
Put on all the clothing you can without unplugging your IV

xooxu:
At least put on the underwear and the pants, if they fit. Then really you should be resting. 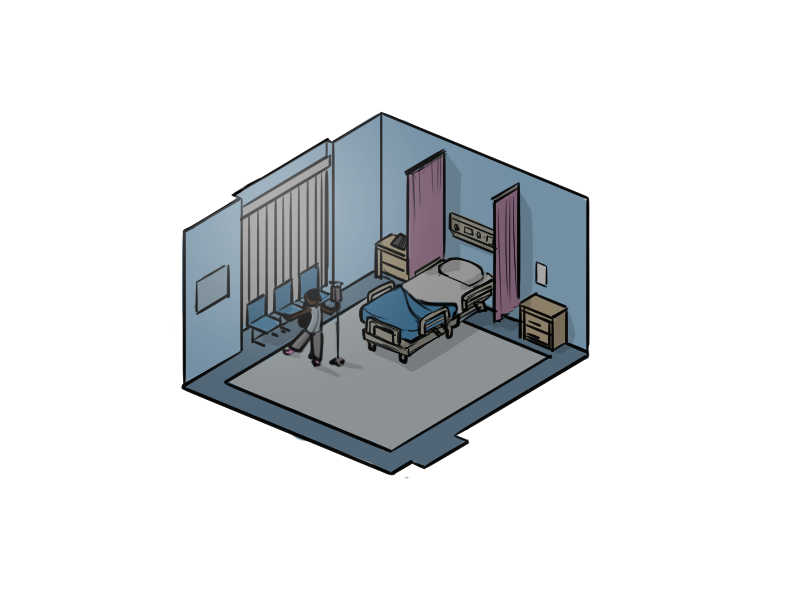 Eurgh, but her head is sort of spinny now. She feels like she would if she'd just ran for a good half hour and all she's done is put on some socks. Whatever happened to her, it's really kicked her endurance in the butt.

xooxu:
You can try calling Amie again later? Did you call her cell phone, or your apartment?

She called Amie's cellphone. Their apartment doesn't have a landline.

She really wants to just lay back down and sleep for the next forever, but she should call Amie back, and she'll feel kinda dumb not at least checking the door.

Also there's the whole 'she doesn't know what time it is' thing. That's making her downright worried.