Primary Temporal Position: 1008
Reset Temporal Position
suomynonAyletamitlU:
Do we know what happens when unlight mixes with telephones? Like, does it spooky the handset and make time-wave noises or something?

It mucks up the reception, apparently. Even the hard-line in the science lab base thing, the one they called Elizabeth on, even that was screwing up around her.

Is she never going to be able to watch TV again? That's an unpleasent thought.

badatnamesbluhbluh:
>What's the worst thing that could be on the other side of that door?

Oh there are so many things.

1412:
Rule one of horror: yes you probably heard something. Assume it wants to hurt you until proven otherwise. Don't kill it if it attacks just in case.

Bina doesn't feel up for killing anything right now. She's not even sure if she can manage a stern telling off.

She tries calling Amie. It takes a few seconds for her to remember her phone number, she always just called her from the directory on her phone, but eventually she digs it out of her memory. Amie wrote it on her hand their second day of class because Bina didn't have a cellphone yet. That memory is still there, bright and sharp, but pulling the numbers out proves to be a bit of a challenge. 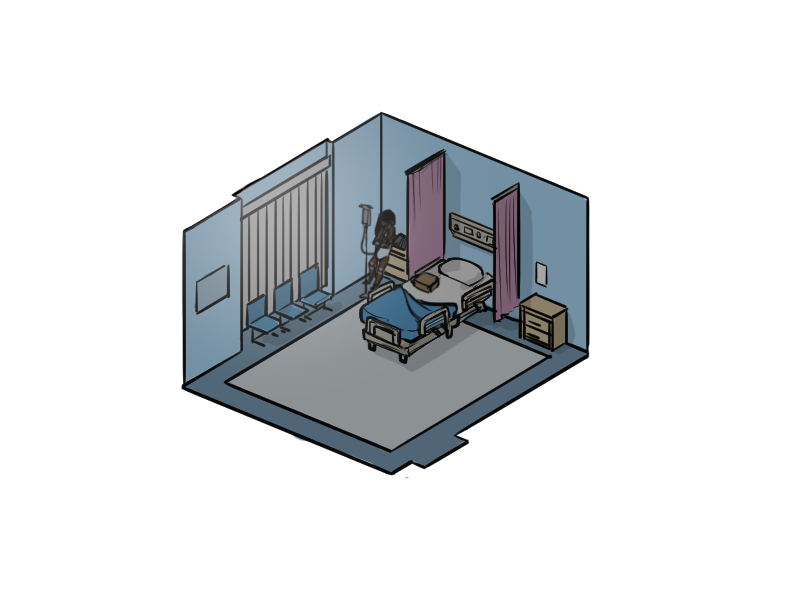 There's a click, and then nothing. It stops ringing.

Did someone pick up? Did Amie just hang up on her? Weird. Maybe she's busy.

She hangs up the headset. She'll call back in a second.

xooxu:
What's in the bag, Bina! It could be useful stuff!

She dumps the bag on the bed. 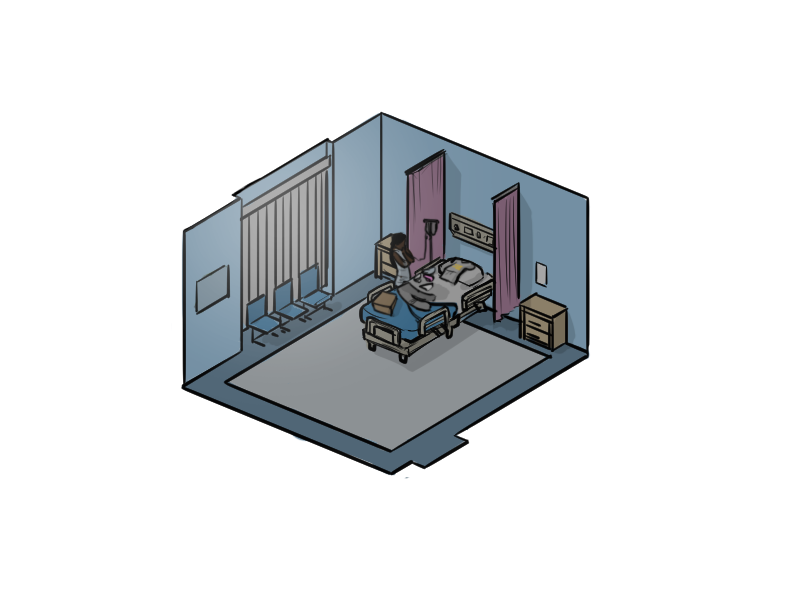 The contents are as follows:

- a grey t-shirt with 'Happy Birthday Granny!!!' written on it in big loopy gold letters
- a pair of pale pink socks with the hello kitty logo on them
- a pair of light blue fabric slippers
- a pair of white underwear
- a bra that is considerably too large for her
- a set of bulky grey track pants with no label

No notes. No weapons, just clothes.

That is very cool. Well worth the wait. Those characters look like a lot of fun!