Oh, no, it better not be something gross. Bina's capacity to handle gross is pretty much expended at this point. 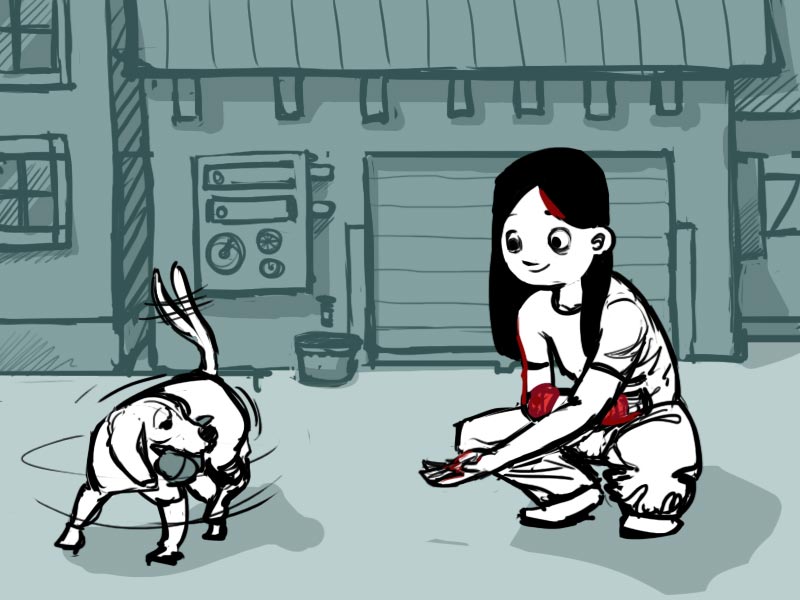 Come on little dog, drop it.

She doesn't. Instead she runs back and forth. 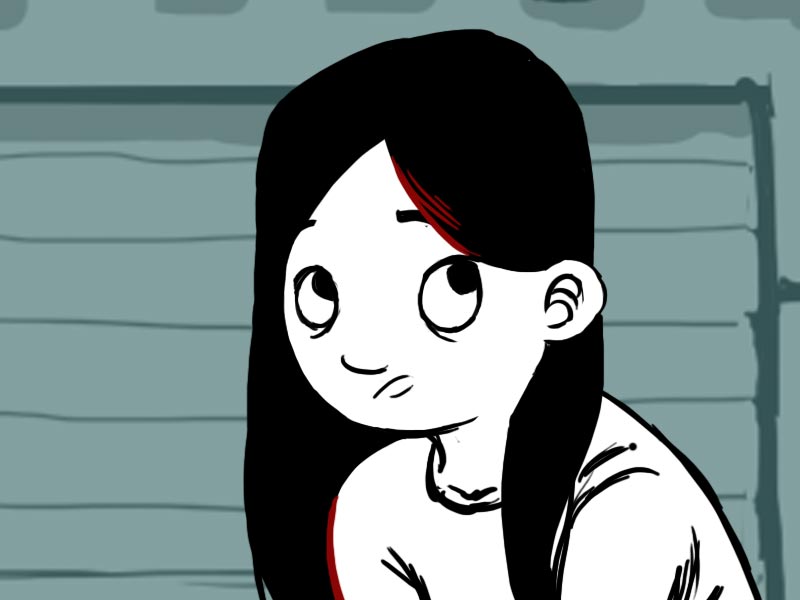 Piotr dances around a bit and runs in a circle.

Eventually Piotr gets bored and drops the thing at Bina's feet.

Bina picks it up.

Dregadude:
>It's a hat!
Wessolf27:
It's a bottle of water! Albeit… covered in drool.
Zephyr:
> It's a government-issue rocket launcher! 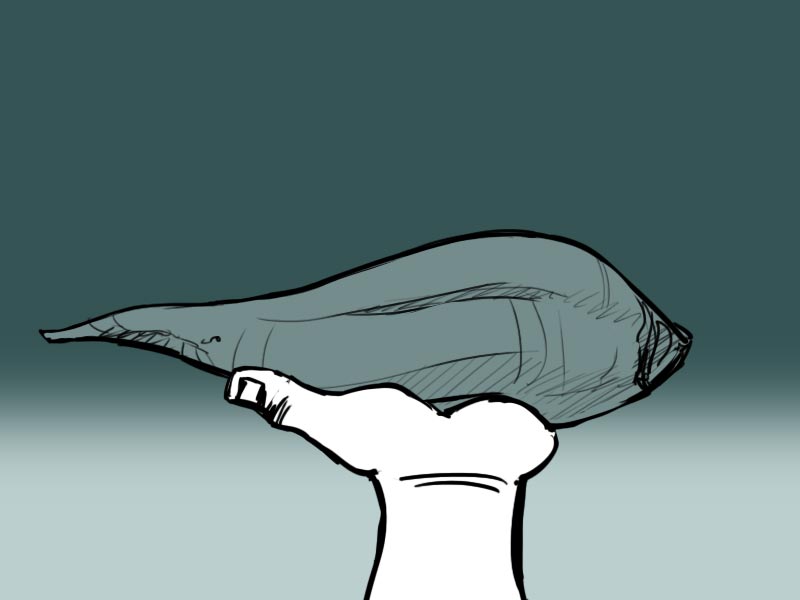 It's not a hat. Or a water bottle, or anything else that she recognizes.

It looks like… an oversized turnip? It's pale brown and sort of heart-shaped, with a dusting of dried earth still clinging too it.

Kyky25:
Woah! Just went back to have a look and the difference in drawing style is huge!
It's really improved from what was already brilliant. I envy you, Jack.

Otherwise, no real suggestions other than what I've already said.

Thanks Kyky25! That's very nice of you to say. It's not just improvement, though there has been that, when I started this comic I had set a very strict limit on how long I was allowed to spend on each drawing, it was 10 minutes per background, and 5 minutes per character.

This was part of a deal I made with myself to get myself into the headspace where I was able to even start the comic in the first place.

I have gradually relaxed those limitations, so I spend quite a bit more time on each drawing then I used too.

The:
Also, it's the same image that appears in the third image here, remember?

I was wondering when someone would notice that…