Lacemaker:
While ordinarily I would be all for digging through the pile of rubble and placing the box in there, you're right, the dust would be disturbed. While the dead guy is pretty unnerving, humanity has a long and illustrious history of guarding things with the corpses of dead people, so I second the water heater as a hiding space.

She's just…. being squeamish. It's only a body. A weirdly mutated body with three arms maybe, but just a body.

She edges around thing, taking care not to step on it.

One done, she tries to find somewhere to put the glow-stick where it won't be in the way, but doesn't find anywhere. She ends up just laying it down on the floor. It'll light things up just fine from down there.

Taking a short breath through her mouth (she's not interested in getting a nose full of corpse, no matter how dry it looks) she heaves the heavy time machine up, trying to get it onto the top of the pump. 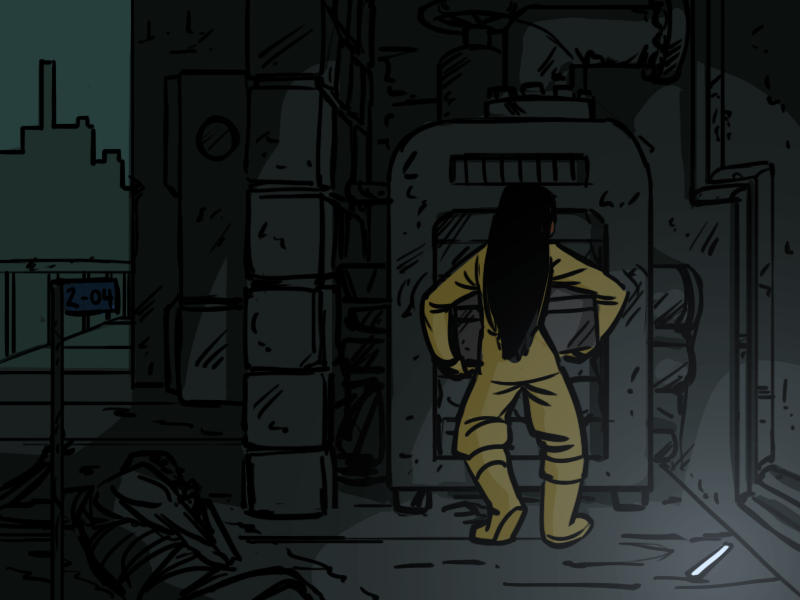 It's heavy and she's tired, but after a few seconds of breathless effort she manages to get it up and over the lip. 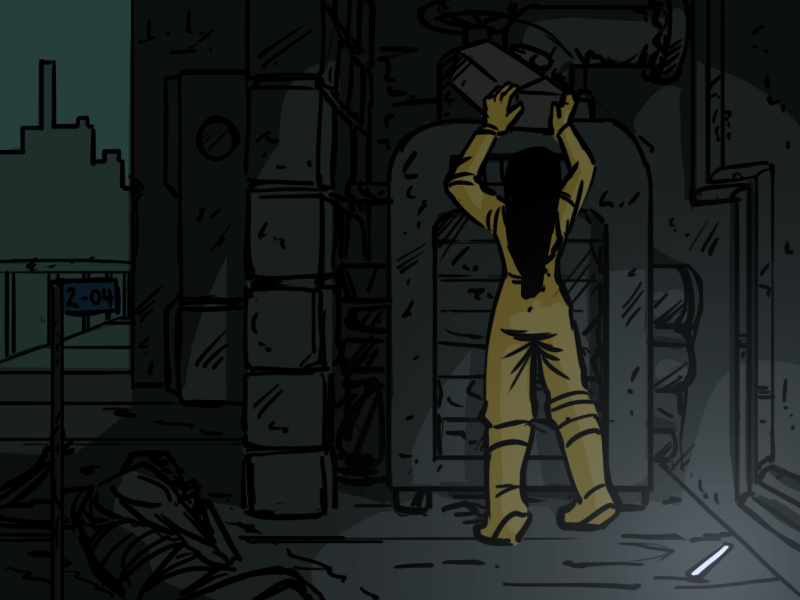 As she does, she realizes that the clothes she's wearing under her hazmat suit are soaked right through with sweat.

âI need to do,â she breathes, âMore cardioâ. Then she leans against the pump and pauses for a moment to catch her breath. She's going to have to climb up onto danged thing to shove the box into the shadows behind the pipes.