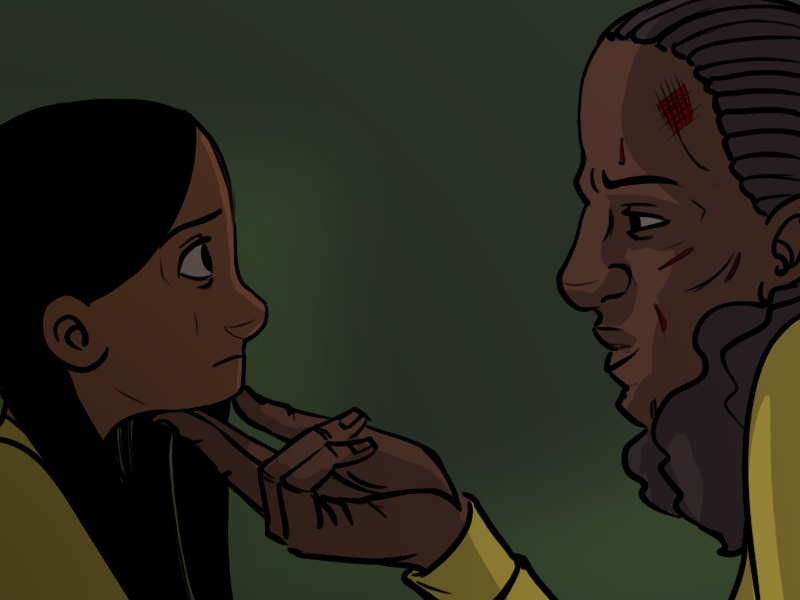 "You've saved my life, a lot, like, more then once, tonight already, and not because of something that some previous version of you did. You did that. You saved me. If you think that the Moment is at the lab -

"Then that is where it is."

"But," says Bina, when the silence starts to stretch, because, of course, there is a 'but'.

"But, I'm supposed to be dead, right? Either I wasn't involved, or I died in all the loops before this one. I have never been here before."

"I don't know about all the loops, but with what B12 said, and then Gregor trying to kill you… I mean, yeah, probably."

Dalmationer:
Kendra is basically one of Bina's biggest edges right now, not just because she can help, but because she /doesn't react in the same way as Bina./

If the Green Lady has been through this 13 times, then she probably has a good idea how Bina reacts to things. What she is likely to do.

Kenda throws a spanner in the works there.

"Maybe if we do what you say then they won't be able to anticipate us. I get it, OK? We should go to the subway."

tegerioreo:
Time to do something you would never do.

"No! Not that either. We need to do something completely nuts!"