Primary Temporal Position: 0519
Reset Temporal Position
1412:
Welp. The Green Lady has convinced Gregor to do her bidding, no matter how terrible it may be, by the logic that it will have never happened.
Of course, there's probably a big something she's not telling him.

Neither of them say anything until he's vanished into the distance.

"So… he thinks the Botfly is just going to erase all of this?"

"Maybe. It's happened before, right?"

"The loops. All the other Bina's? We don't know how those work, right? You haven't had another dream or something about that?"

"What? No. I dunno how it works. It didn't sound like B12 knew how it worked either when I talked too her. She sounded… I dunno, excited maybe? Nervous. Like she was about to do something dangerous."

"Well that clears up any lingering fears I had that she might be a doppelgänger. Anyway, the loops, it might be Her Greenness who is doing it, right?"

"Maybe. But how do you even fight that? What if I'm winning?"

"No! I mean, what if I'm winning every time and she just bats me back to the beginning again because I keep figuring out how to beat her?"

"That… is not an option I'd considered."

"Come here. Are you ok? I was worried about you. Did you get away from all the Naughts? Are you hurt? Are you OK? You look OK. Mostly OK." 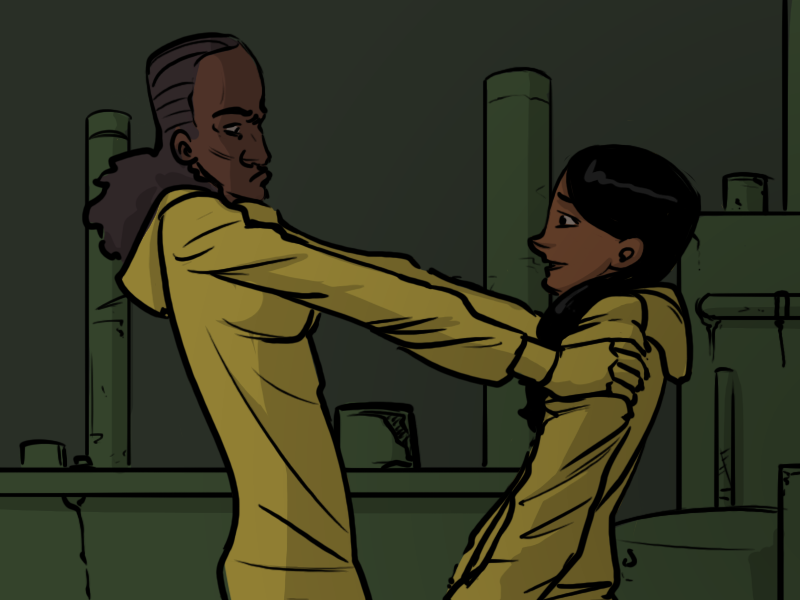 "I'm fine! Really. I mean, I got stuck in a pipe and nearly drowned a little, but I'm ok. Really."

"It seemed like a good idea at the time! Really! It was scary but now I'm ok. I'm ok, but why are we talking about me? You - your face - 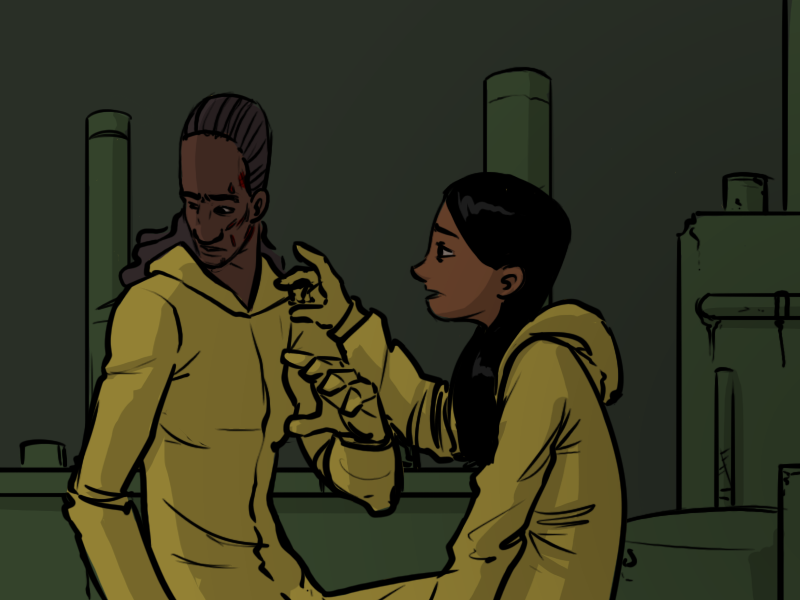 "Its not nothing! You look like you lost a fight with a mountain lion!"

"I've had worse. It's just, well, Horatio's got some moves in him."

tronn:
>Kendra: Explain what you were doing while "getting into it a little."

"Well… turns out your plan with the Naughts only sort of worked."