Yeah, that doesn't sound like a great idea to Bina.

TheEmptyPot:
> Bina checking in is a good idea but you also have to take into account Kendra's headstrong…ness…. and independence. She's sounds understandably freaked out and scared but she def seems like the person who like, really doggedly goes after what they want and depends on themselves a lot. You can still respect that but I think she does need her space right now.

>LIKE DON'T AGREE TO WHAT SHE'S PROPOSING BECAUSE THAT HAS A LOT OF DANGEROUS IMPLICATIONS BUT like Kendra's prolly as frazzled as you are and people process that kinda thing differently- and she's already pretty emotionally raw from her dream about her dad along with her death. Maybe explaining to her that touching base is like super integral to sorting out this timeline mess in a really practical way will help.

Bina's not sure what to think of Kendra. She wasn't expecting this reaction though. Maybe it's the thing with her dad, but she doesn't think so. She can't actually mean what she just said, right? She's obviously upset but they have to be able to check up on each other.

Zephyr:
> HUG THIS MINUTE OR I WILL TIME PUNCH YOU IN THE ARM SO HARD I SWEAR
Everanix:
HUG HER IMMEDIATELY THIS IS A TIME FOR HUGS
Dregadude:
>TRY HARDER FOR HUGS. YOU WILL HUG THIS DISTRAUGHT, DISTURBED WOMAN AS SHE IS YOUR ONLY RELIABLE HUMAN IN THIS SITUATION AND YOU NEED EACH OTHER.

Bina wants to hug Kendra, but doesn't know if that would really help at this point. Still, staying on the ground doesn't seem like a good idea so she starts getting up. 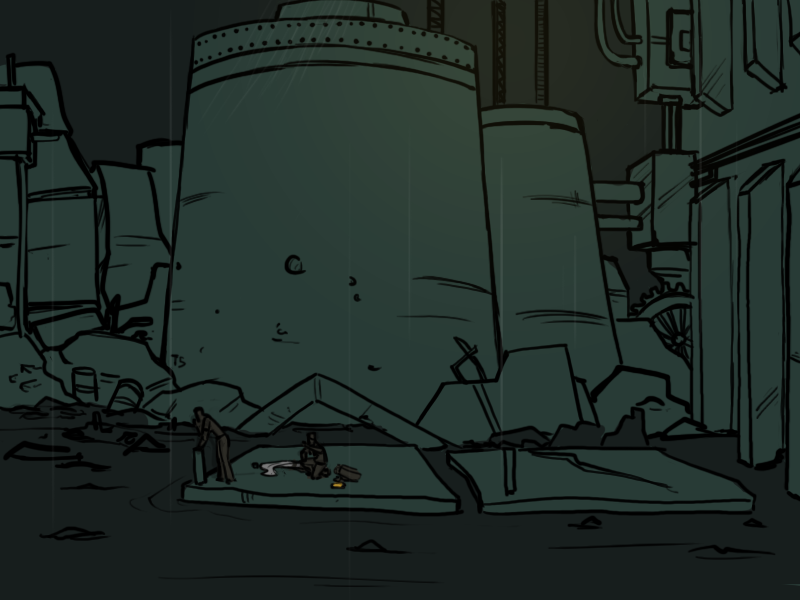 obsidalicious:
Attempt another hug but as you get up to do so, realise that your legs are numb, tumble into Kendra and both of you fall into the mud.

Bina realizes that, despite what Kendra is saying, her legs are actually not fine. Not fine at all. She's managed to get vertical but her knees decide, at that moment, to stop being knees.

They turn into jelly. 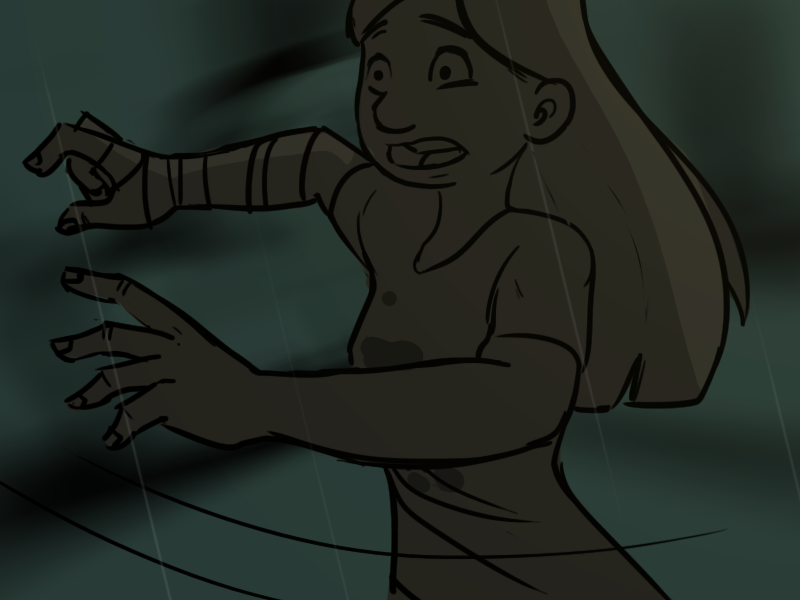 "Am I really falling again!?" she thinks. "This is like the fifteenth time today! This is getting ridiculous!" And, her senses helpfully inform her, because she'd been lurching toward Kendra, she is about to crash right into her.

She tries to say "Look out!" but all she manages is a strangled "aaawk!"