tronn:
>Check the other room.

"That door leads to the basement, right?"

"Mmmmhmmm, there's some hanging plastic and some stairs. That's it." murmers Kendra, listening at the door, "I still don't hear any thumping, but I think I hear you talking to Mr. Shovel. God, this is super weird."

Dregadude:
>Is that dog food and a water bowl in the corner? Is Gregor feeding the not-dog?

They're far too small for the not-dog, but they'd be about the right size for a beagle. These must be Piotyr's.

No need. There is no water. 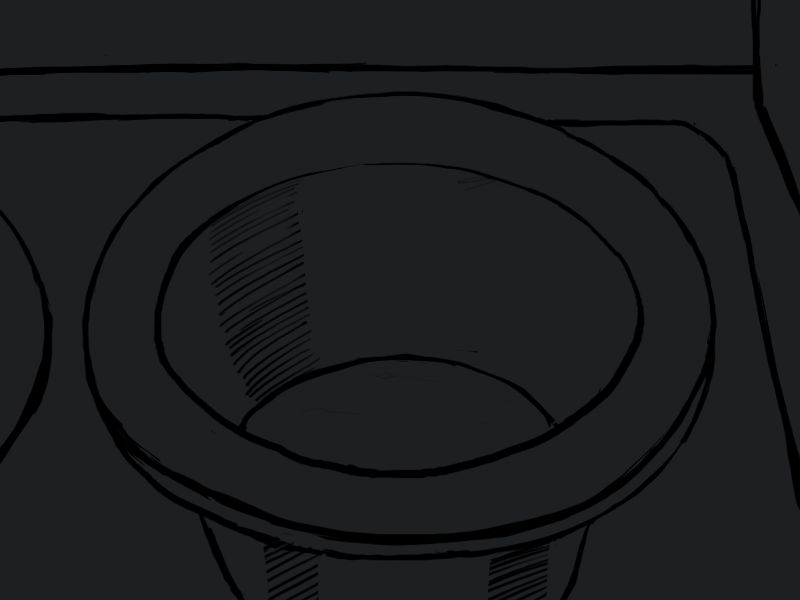 The bottom of the bowl is bone dry, and covered in a thin layer of dust. Even considering the excavation being done in the basement, nobody's can have been drinking out of this bowl for several days. She checks the food bowl, half full, but also dusty.

Piotyr can't have been here for a while.

Bina has been pretty sure that the Hound and beagle must be connected. It feels right, even if she doesn't have much evidence of this beyond 'they're both dog-shaped, and they're both very odd'.

But did Piotyr… turn into the Hound? Create the Hound? Is it her dead body? Her shadow? Some other timeline's copy of her?

Bina is pretty sure that if she could just figure that out, this whole confusing mess would begin to unravel.

Alcastar:
I have been studying up on temporal paradoxes!

Jack-Fractal, you are very clever.

Thanks tronn. I'm trying. Whatever this is, it is severely kicking my butt.

TheBurningFox:
> Wait a second… The two on the couch said that Bina was smacked with a shovel, even though she never did… Is that going to happen now?

The bit about being hit by a shovel was Mr. Petrovich (or Podolsky, as I occasionally called him, I messed up his name and I've been meaning to go back and standardize) describing his own abduction. It had nothing to do with Bina. I've seen a few people mention this, so I [post=7247448]went back and checked.[/post]

Akarai:
Finally caught back up. Woot!