"Well, you were here, and you've done this time travel thing before. How do we get back? This isn't nearly as fun as you made it sound?"

Bina rebels at this description of her story. "Fun!? I made it sound fun?"

"You know what I mean. How do we go back to the right time? And are we safe here, in this office?"

Bina thinks about that while replacing the soaked kleenex with fresh ones. She wraps the bloody ones in more kleenex and shoves them in her pockets.

She realizes that she's holding the kleenex with both hands and she panics for a second. 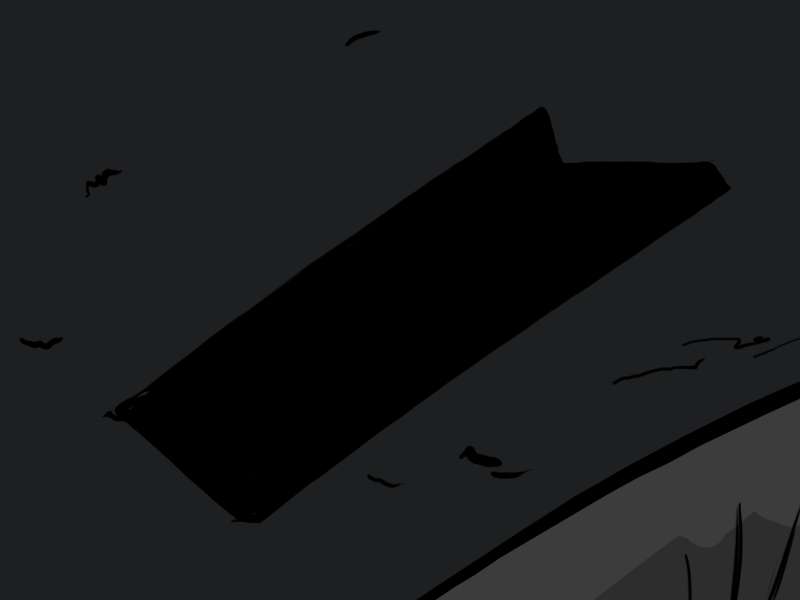 The shard is right beside her. Jeeze, this thing is proving hard to keep track of. She needs a bag or something. These jeans she's wearing only have teeny tiny pockets.

Hmm… she's also lost track of time since getting hit by the phone.

"I mean out there! In the laundromat!"

Kendra peeks under the door frame, "Yes, it's on."

"OK. That means I'm inside. I'm the one who turned the lights on."

"Great, so is anyone going to come in here?"

Bina takes a quick look around the office.

Anthano:
> Look around you. You been in here before? 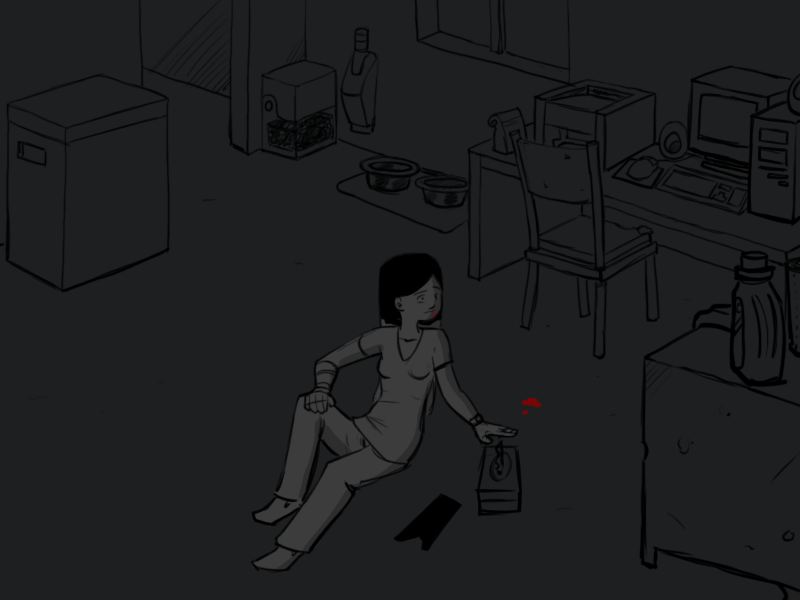 She hasn't been in here before.

"I don't think so. Gregor leaves by the front door in just a few minutes to get more murderplastic, for reasons, as yet, thankfully unknown. The dog just sort of appears out of a washing machine, and I haven't been in here."

"That's funny, the last thing Gregor told me before he left was that I wasn't allowed to come in here."

"Okay, so what does that actually mean?"

"No idea, probably nothing, but I think we should be good for a few minutes provided we keep whispering. No idea what happens with the dog AFTER it whammies me, but it turns up mostly-dead about an hour and a half from now."

"I seriously hope we are not the ones who have to do the almost-killing."

Bina agrees with this sentiment wholeheartedly.

"So when is big fanged and scary going to show up?"

tegerioreo:
Listen; Carefully remember what you did so you can avoid yourself AND Gregor

"Banging, like a thumping noise. The washing machine did that before the dog came through it."

"OK. If you hear the banging, or you hear the sound of someone using the snack machine tell me. I have to think for a second."

This sick has involved a whole lot of no-fun-at-all.