Primary Temporal Position: 0267
Reset Temporal Position
Bina can feel the scream. It seems to start in her guts and, like some frightened creature, to lurch up her throat toward her mouth, trying to escape.

But it can't escape. Some part of Bina's brain, sizzling with adrenaline, realizes that she's not allowed to scream. Because she didn't. Because her former self didn't hear one.

Kendra lets go of her face as she lurches upright and grabs her around her shoulders, holding her as though scared that Bina might fly apart. 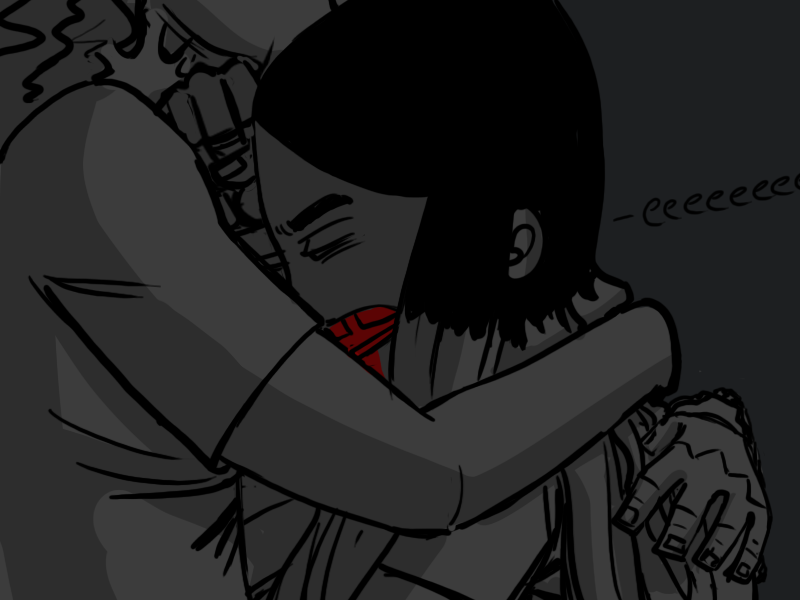 She beats her fist against Kendra's shoulder several times while trying to grab the scream choke it. She manages it, mostly, little more then a high-pitched hissing noise, escapes her. Like a tea kettle.

"I'm sorry, I didn't - are you all right?" asks Kendra. She sounds worried. She doesn't appear to have expected the strength of Bina's reaction. "I didn't know what else to do."

Still very sick! Quite a bit sicker then yesterday. Many fevers. Spent all day in bed listening to audio books and lightly hallucinating. Looks like it's going down though. That's good.

Dregadude:
>Bina: Refuse the urge to do just this. Past you will be entering right this second!

Edit: I was drawing an OC for Tumblr user malevolentespurr (on MSPAF she's known as Miscombob) and I couldn't help thinking of the not-dog.

http://www.majhost.com/gallery/Ozuan/MSPAF/telly.gif"/>
This is very cool! I hope she liked it. Love the design.