Primary Temporal Position: 0243
Reset Temporal Position
meganopteryx:
Try to find where the calendar was! Maybe you will find your scarf! Or, where those chairs were when you escaped from the past…if they were actually there

Yes! If she could find Josephine's old office, or even better her lab. She has so many questions.

But… this place looks like one of the distillation rooms. There's big vats all over the place, pipes everywhere. Josephine's office was in a building attached to the loading dock. If it's still here, she's got no idea where she'd even start looking for it.

KanjiGirl:
Take a loose pipe or something. Having a weapon/distraction for the dog might be good if you run into him again.

Bina spends several minutes looking through one of the piles of scrap. There are pipes all right, but they're all huge. There are pipes here big enough that she could almost walk down them without ducking her head. The smallest she can find will take her whole arm without touching the sides. She can barely lift it. 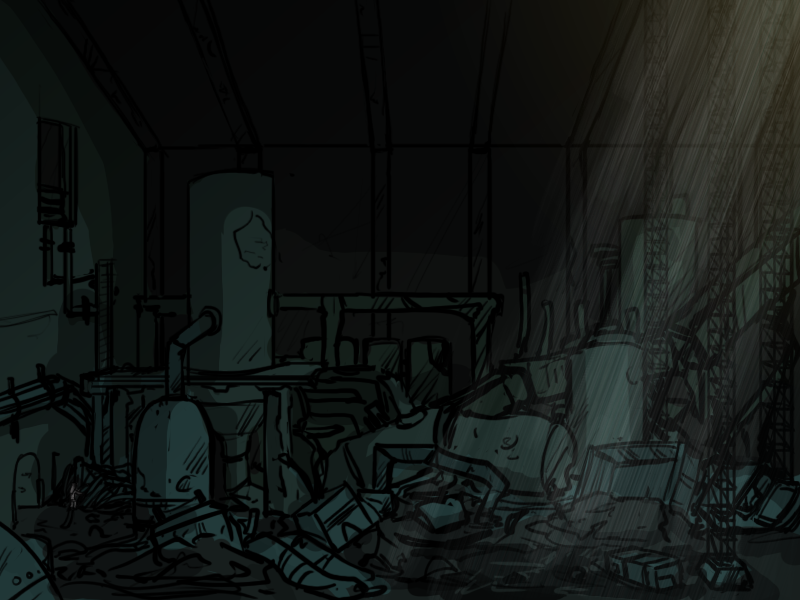 xooxu:
>Looking for a weapon in this place might take ages. Unless something is jumping out at you, let's go try to save Kendra. If you have to break the tv, just smash it with your foot.

A tiny judgemental voice inside her tells her that she's stalling.

She's not stalling. She's NOT. She's just… being thorough.

She gives up on the pipes.

What else can she use as a weapon? 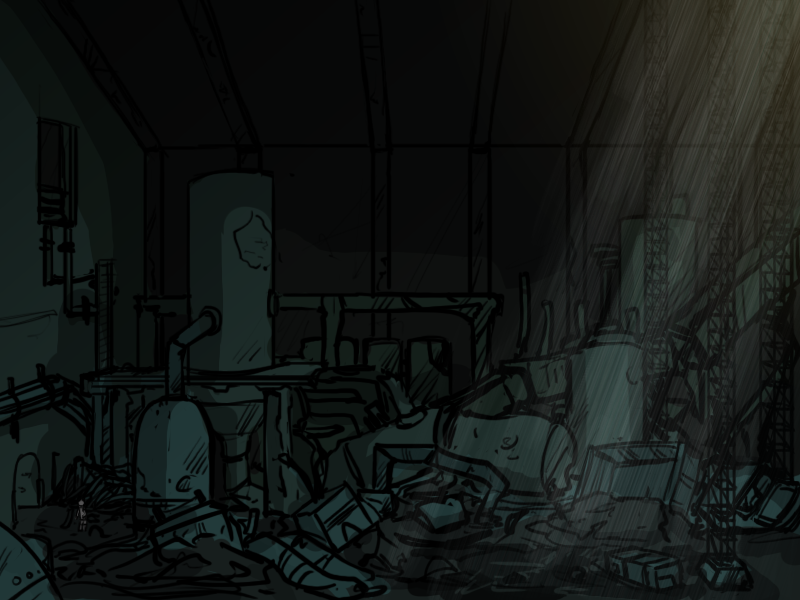 She takes one of those. 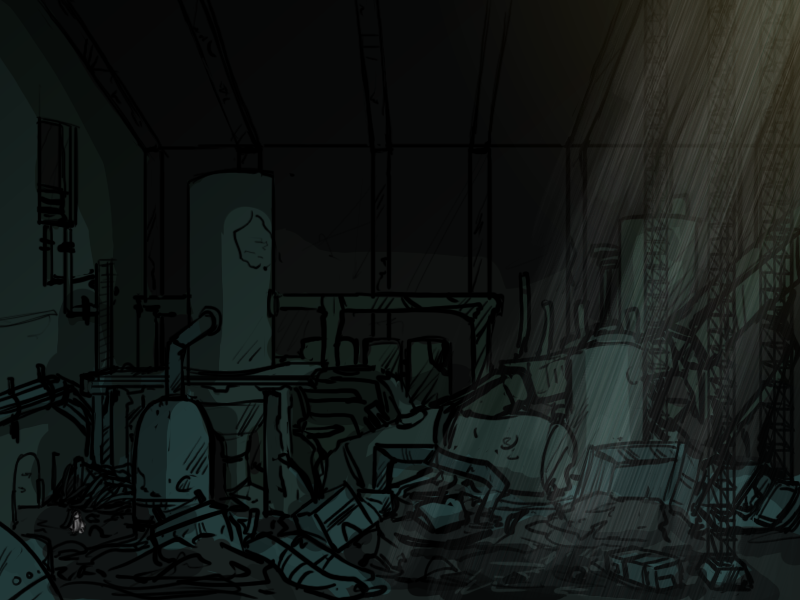 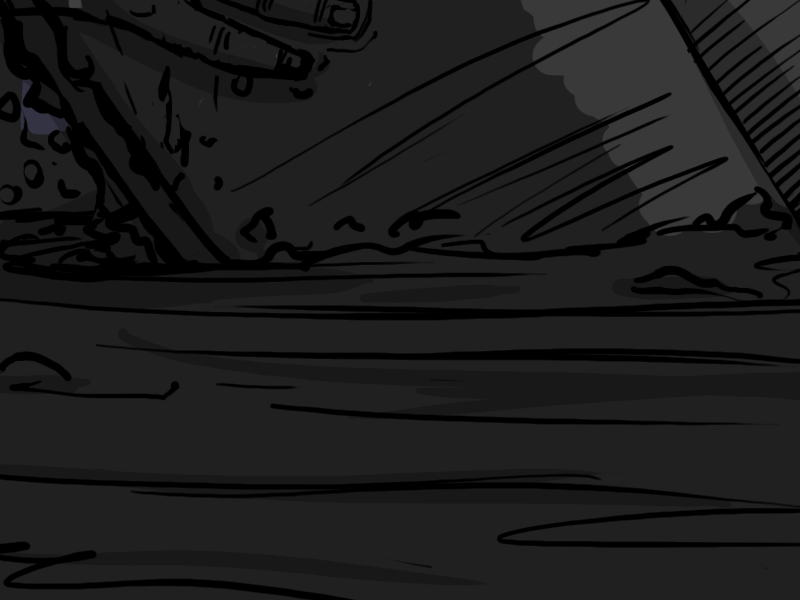 The TV comes out of the muck with a gritty squelch.

A quick scrub removes most of the mud covering the screen.

It's dark. Did it finally run out of power? No, the screen is cracked. It must have broken when Kendra kicked it ov - 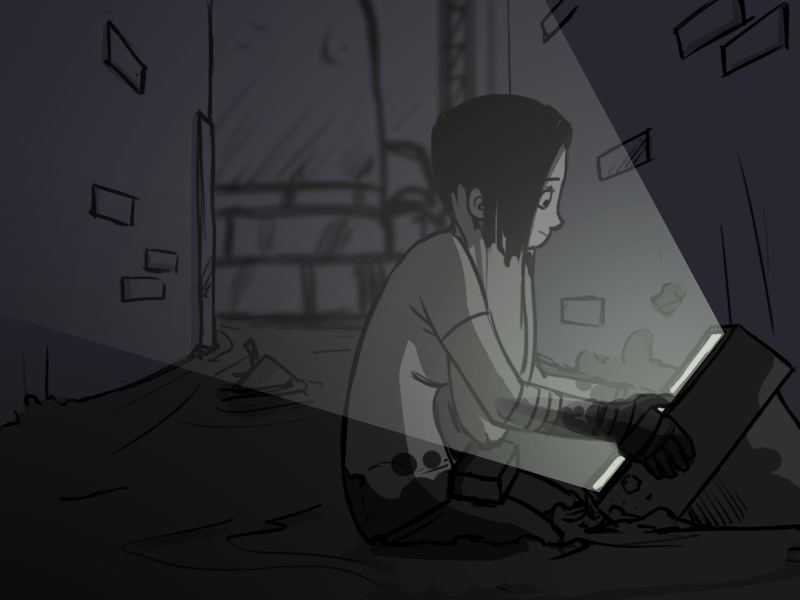 A Note on Languages

Canada has two official languages, French and English. In most of Canada, English is the primary spoken language but French is taught in primary schools and is a required subject until Grade 10. It's also on official documentation and on things like product labels. The quality of French education in most of Canada is wildly variable, from immersion programs that produce fluent bilingual speakers to questionable programs that produce people like me.

I am very bad at French. Embarrassingly bad. This is a problem for me, as I live in Quebec.

In the province of Quebec, the largest province in Canada, things are flipped around. Most people learn French as their first language and learn English at school, again with variable degrees of success. The signs are in French. Most documents are in French.

The reasons why this is the case are complicated and still contentious, so I won't go into them.

Bina lives in Montreal, which is in Quebec. Montreal is a very multicultural city, and most people who live there bilingual to one degree or another. Bina speaks French better then I do. Not perfectly, and with a thick Nova Scotia accent, but enough to get by as a waitress in a primarily French speaking city. She also speaks Telugu, the language of Andhra Pradesh.

Kendra, on the other hand, is from northern Quebec and speaks very little English. She stopped taking it in early high-school. She can count up to ten in English, and ask things like "Where is the toilet?" but that's about it.

All of their conversations, so far, have been in French. I just haven't been calling that out, as it's not particularly important.

As to the other characters, Petrovich and Mrs. Hyung both spoke English to Bina, as did Gregor. Gregor doesn't appear to understand French at all.

Piotyr does not speak any human languages because she is a dog. Well… mostly a dog.

CrimsonMage:
I have no idea why I put off reading this adventure for so long, because it is AMAZING. Weird lights, green monsters, time traveling, creepy writing on the screen (which, by the way, hasn't happened until we changed the past for the first time… just a thought), what's not to love? Halfway through reading this I had a few amazing theories but then things happened and I… I don't even know any more. Regardless, this is amazing. +1 reader.

Thanks CrimsonMage! I'm really glad you're liking it!

This was inspirational. Thank you. I've been having a problem with exactly this for a while (almost a year for my current idea, and long before that for a different one), and thanks to this I think I'm going to start. Not immediately, I have other obligations to attend to, but definitely sooner than I would have before. Thanks for that.

That was a very difficult post to write. I'm happy that it inspired you. I think that there are a lot of people for whom this is a familiar feeling.