"Well, do you have another way to deal with a dog that can chase transport trucks and actually catch them?" 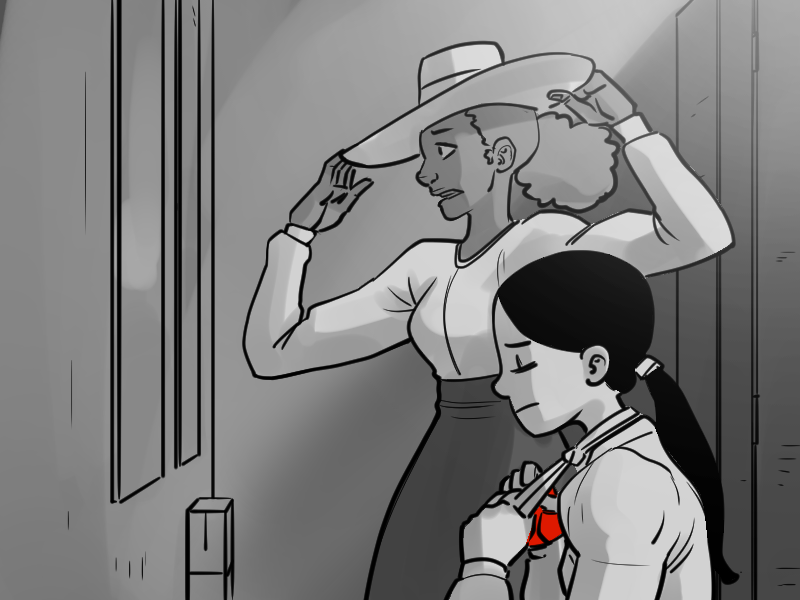 "You think Amie curse thing will interfere?" asks Kendra. "I thought that's why you sent her and Emmie to do the Hospital thing."

"I did, and it was," says Bina. "Fixing the hospital time loop was always going to be kind of nuts, and I didn't want a shopping trip to turn into some kind of big dramatic thing. We need these costumes, and we didn't need a fuss."

Kendra looks down at her as she fusses with a short tie. "So now you agree you need the costume?"

Bina ignores her and starts taking the tie apart to do it again, "Anyway, I think Amie's thing might interfere, maybe, but more than that - I just - I think the Botfly has a few more cards to play. Underestimating a monster god bug seems like a bad idea."

"And your response to that is to make things even more complicated? I mean - we've done some ridiculous stuff before, but this…?"