Argh. Yes that IS the gasmask! Gregor must have tossed it over there when he brought her down here.

Any reasonable animal would have been stunned by that fall. Stunned, or at least take a few seconds to collect themselves, and make sure all their bits are still in the right place. 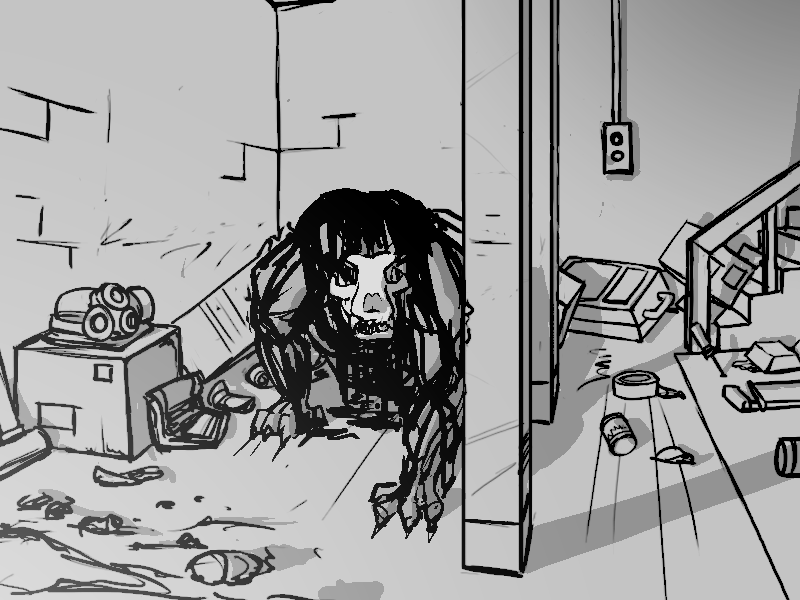 It just keeps moving as though nothing had happened, dragging it's dead back legs through the splintered remains of the shelves, with quick jerky movements.

Dalmationer:
>Grab the gas mask. Something tells me you'll need it.

She thinks so too, but the dog is too fast. If she went for it, it'd get her!

Behind and above Bina there the loud, but somehow understated noise of wood cracking. 'Excuse me', it seems to say, 'everyone in this room is about to die.'

HighwayWizard:
>Now would be an awesome time to be not in the structurally unstable room with the giant, incapable-of-controlling-itself-properly monster.

Kendra is standing in the middle of the room, staring at the dog as it hauls itself out of the wreckage. Sentence fragments dribble out of her.

Right. That won't do.

Dregadude:
>Remember to grab Kendra! You could use a friend. 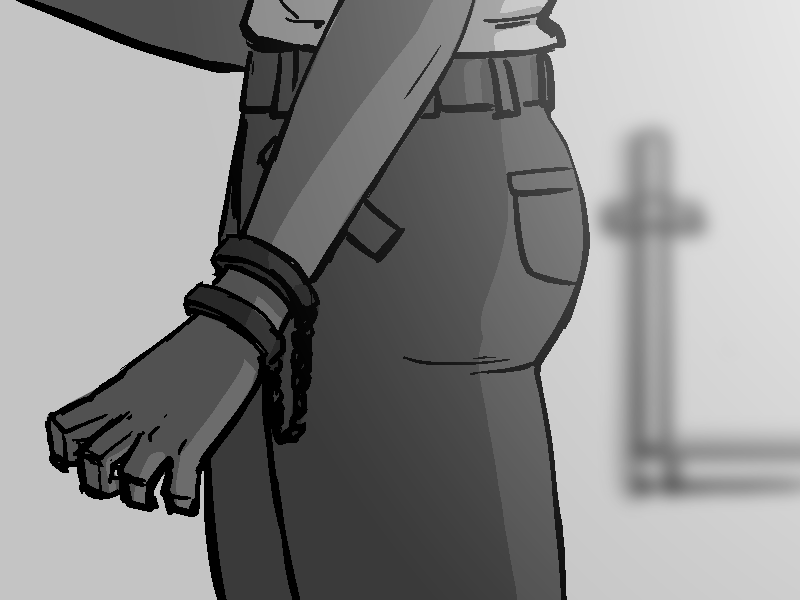 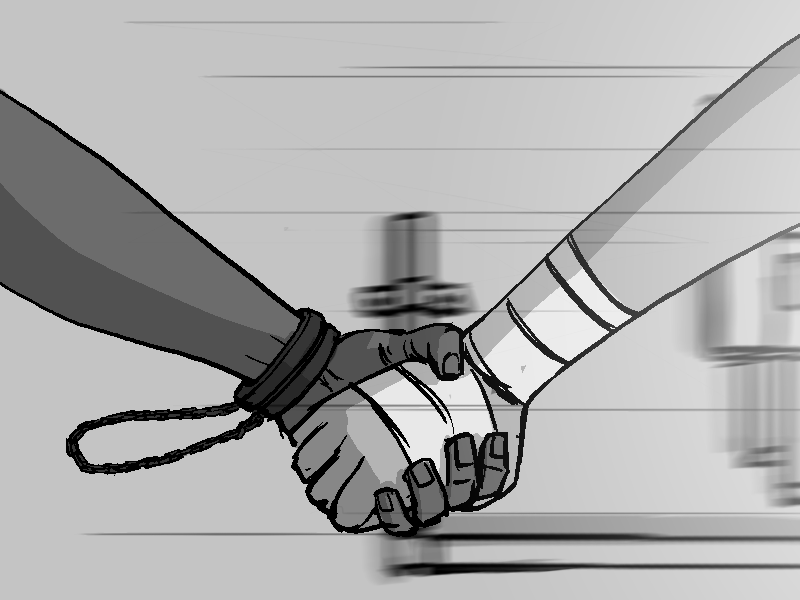