"Well this does sort of put us back at the original problem, doesn't it?" says Bina.

"I mean - technically you all don't have to come," says Four. "I can go, make the map, then come right back."

"Hey Amie, can you pass me the bag?" asks Kendra.

"Not a great idea, going alone," says Amie, handing the bag to Kendra. 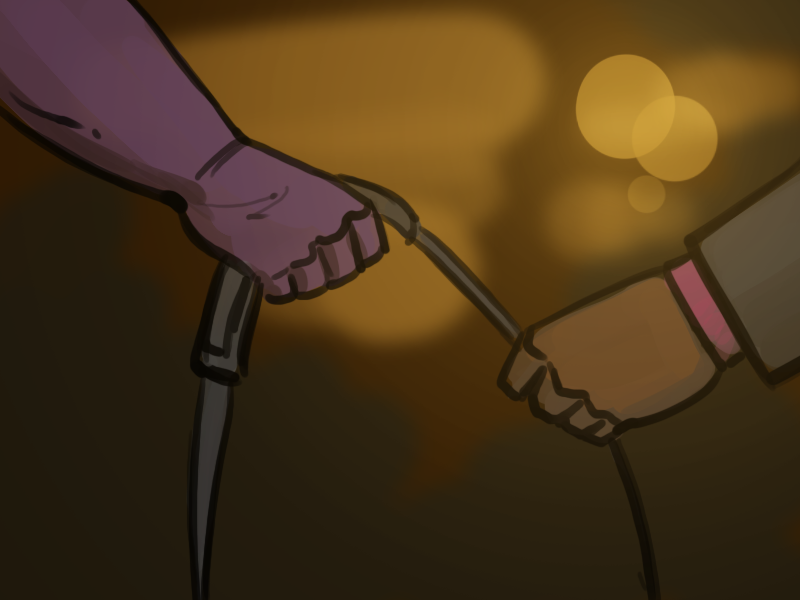 "I mean - I'm sure it would work fine and you definitely would not get jumped by a naught because going off to do something magical and important and leaving everyone else behind is definitely not the surest way to become an inconvenient red stain on the furniture."

"Is this more of the fanfiction thing?" asks Four. "Does it actually work that way?"

"We're not actually sure how it works," says Kendra. "If it's even a thing, and we're not all just freaking out over nothing."

"It's a thing," says Bina. "Nobody should 'go off and do something.' OK? We've done enough rescue missions and we've got another seven of these jumps to go."

"You fell down a laundry chute," says Four. "I rescued you."

"I guess everything does have to be time travel," sighs Emmie.