"We could try disguises?" suggests Emmie, though by the sound of it, he doesn't sound enthusiastic about the idea.

"You're assuming the Botfly has normal eyes," says Kendra.

"Ah, yes, right," says Emmie. "I had been making that insufficiently terrifying assumption. Silly me…"

"Look," says Kendra, turning to Bina. "I'm not saying the Botfly seeing us isn't a concern, but considering the level of shenanigans we're already pulling, and the fact that there shouldn't be any naughts in this loop, let's not worry too hard. If paradox is going to hit us, it's going to hit us. There's not much we can do at this point."

"You didn't plan for this?" asks Emmie. 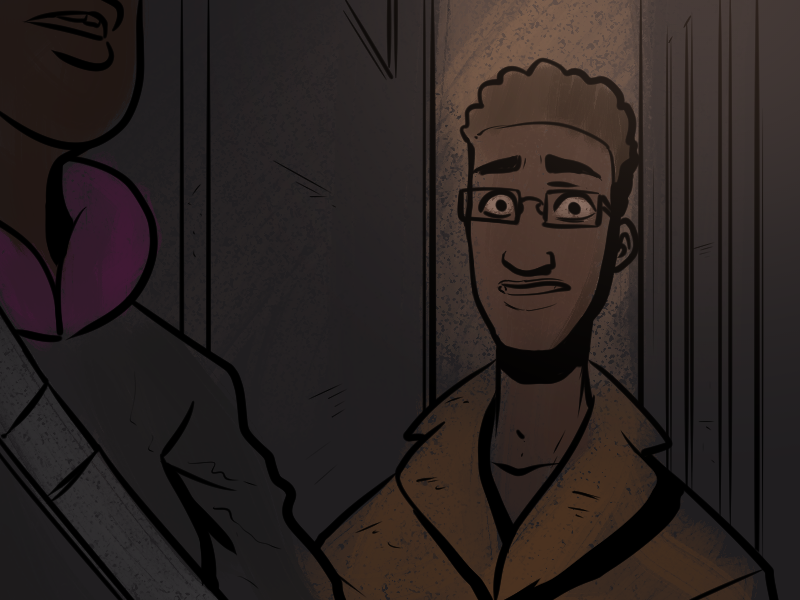 "We've been operating on the assumption that we're arriving in the blackout period before a loop," says Kendra.

"And that I'd be the only one on this particular trip," says Bina. "But then Her Greenness cheated by throwing planes at me. Things are not exactly going as planned."

"It was one drone," says Kendra.

"And that makes a difference?" asks Bina. "It's still cheating!"

"Blackout period?" asks Emmie, desperately trying to get things back onto something approaching the track.

"Something the other Bina's write about," says Bina. "There's a point at which using the viewers to communicate with the other timelines stops working. That's when we are now. I think. We're hoping it affects Team Green too."