"Uhh… you're going to have to be more specific," says Bina. "'Cause we have shenanigans happening on multiple fronts here." 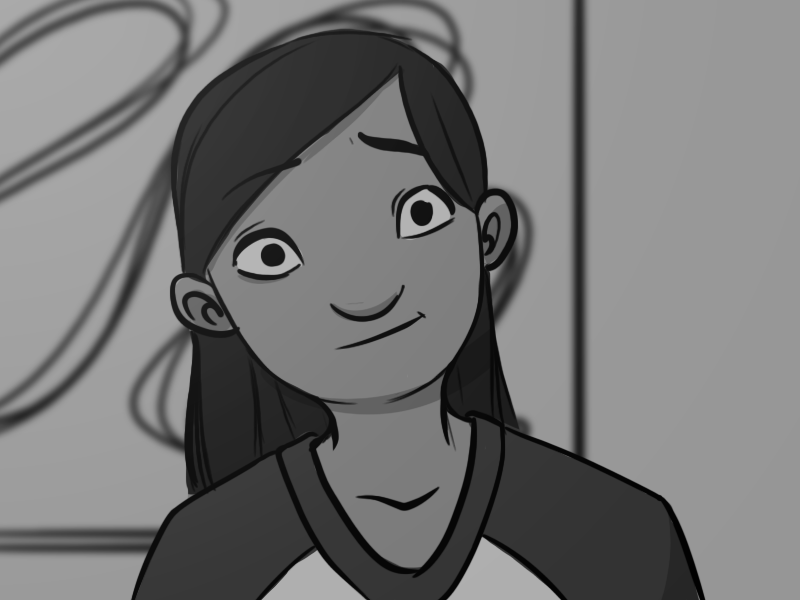 "It's just - ever since she got her groove on, I've been trying to figure out the Botfly's angle with her. With Gregor she gets soldiers and kidnappers, with you she gets… I'm not sure, but smashing big holes in reality has to be useful to her in some way. With Amie though? There's no upside for Her Green-ness to being trapped in a narrative."

"Yeah, I did some dumb stuff in the basement, but it all kinda worked out."

"So maybe this is the trap," says Kendra. "Maybe to be able to be the Doctor you have to give the Botfly the chance Amie was talking about… then when you do, she just turns off whatever mojo she gave Amie and then she wins."

That guy what's made of cheese:
Ok, I feel like I'm running out of time to talk about the end I remember before it happens, so I'm gonna try to type it out here. It starts, well the difference from what is already here anyway, with at least the two people here, maybe the others too, (it's like I've got multiple memories competing for space, weird huh?) and they're talking about what the plan is. They realize they don't really know much about the botfly, and start questioning the assumptions they've made. "Maybe it just feeds on people thinking about it, and all the other stuff is just a way to keep you off your toes, and trying to figure it out just means thinking about it more and feeding it more." "Or maybe you do have to look at it, but like the weeping angels, any image of it works, even the one in your mind's eye?" I don't remember many more details, except while they're discussing it, and getting closer to the answer, it shows up. Maybe out of the black board, or the holes in Bina's arm, or one of the people just sort of flickered and suddenly there was the botfly. But wait, what am I thinking the botfly's always been there, right? And it just sort of got bigger and bigger until it took up the whole screen. Maybe it caused a panic in the few moments our heroines had left, or maybe they just stood there, mesmerized. Because it was so much more powerful than they though. Because if it could just do this now, why had all the other Bina's been able to survive as well as they had? The answer, although they never figured it out, is that there was a difference this go around. And that difference is: us. The readers, past, present, and future, hundreds of us, all looking at the botfly. That's why there are so many more cracks now. Why the time travel seems to do more damage now. Why the botfly and the not-dog got so much bigger so fast. We're all feeding it.
And that, is the end.