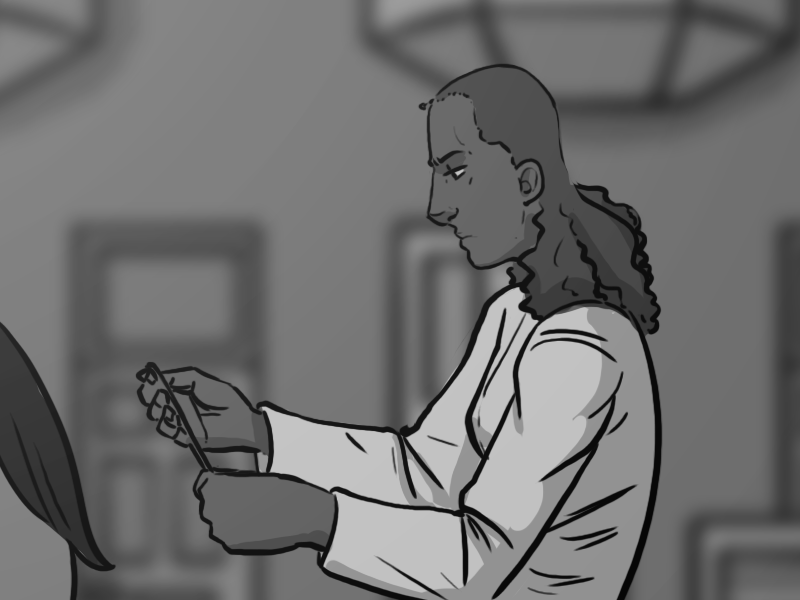 It's familiar, she's seen it several times before, in fact, she helped write it. They had written it together during their first serious try at reading all the journals.

B1 - No information
B2 - No information
B3 - Created the moment. Looked forward. Fucked everything up p'bad.
B4 - Not much information. Appears to have been trying to map all time travel events that take place during the 17th of July.
B5 - Empty Loop? (B3's fault?)
B6 - Created a 'temporal slingshot' and tried to escape the Entropic Well by brute force.
B7 - Tried to destroy the Other Moment with some kind of bomb.
B8 - First to run into the Naughts. Built a device to try to fight them.
B9 - Tried to kidnap Gregor.
B10 - Attempted to use stored paradox to erase the Botfly from existence.
B11 - Used some of B10's technology to try to prevent the Naughts from forming
B12 - Tried to speak to B5.

"This is just the list of plans," says Kendra. "All the stuff the previous you's tried and didn't work."

Thanks for the feedback everyone! I'm going to leave it in, but I'll post a warning and a link skipping the section. That sounds like the best compromise.