Primary Temporal Position: 1363
Reset Temporal Position
xooxu:
I think it's okay to feel sad about them. They were you, and it's sad to know how you would have turned out if your situation were different. It's also probably good to mourn them. No one else knows about them, and I think it would be even sadder if they were flailing around in the dark and ultimately failing with no one to remember their sacrifices. You'd want someone to think of you, if you were going to be erased and replaced, right?

Dave Rapp:
The other Binas had only themselves and the previous you to work with. You have people to bounce ideas off of, or who can come up with ideas you and your past selves didn't. You have a team. Use them!

Yeah! That is also true!

Her thoughts are interrupted by Amie bustling back into the room.

"Ooohkay! I got… well a bunch of them," says Amie. 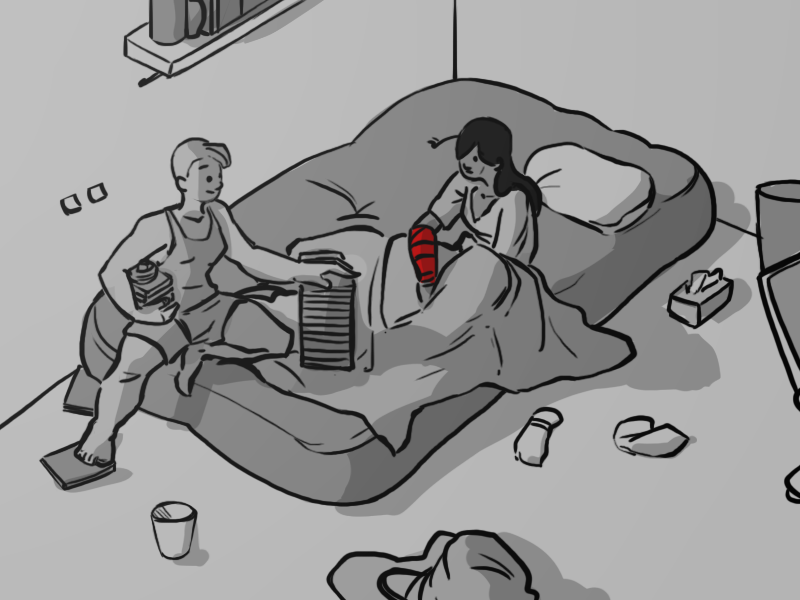 "I was going to try to get them in order but I guess it doesn't really matter right? Might even be better this way, out of sequence means we might spot something that the other you's missed."

xooxu:
On a lighter note, don't forget that apparently the previous versions of you liked to wax poetic about sexy times in the middle of their journals. I assume Amie already knows a little bit about Lash, right? 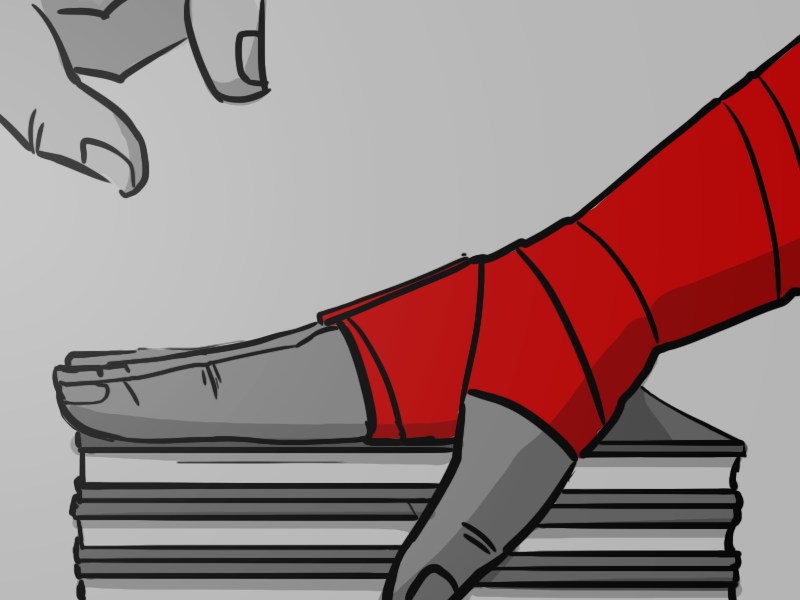 "Heeeeeeey!", says Bina. "How 'bout I look through the journals and you write them down and put them on the wall?"

"No no! It's fine! I should probably stay lying down, right?"

"Great! That's the plan then! We're doing that."