Wolph Strykes:
It would be a really sad and disturbingly hilarious thing if world-shattering paradox was caused entirely by a puddle of vomit…

"She definitely went this way," says Kendra. "There's fresh blood on the tiles."

"Not helping!" hisses Bina. "Come on Amie, you're going to be OK. Here, sit on these bag things. Just don't knock any of them over."

"It's insulation!" whines Amie. "I'll get glass in my butt."

"It's in bags," says Bina, "And besides, it's glass in your butt or actual literal brain explosions. Your choice."

"Glass in the butt's OK, I guess," grumbles Amie. 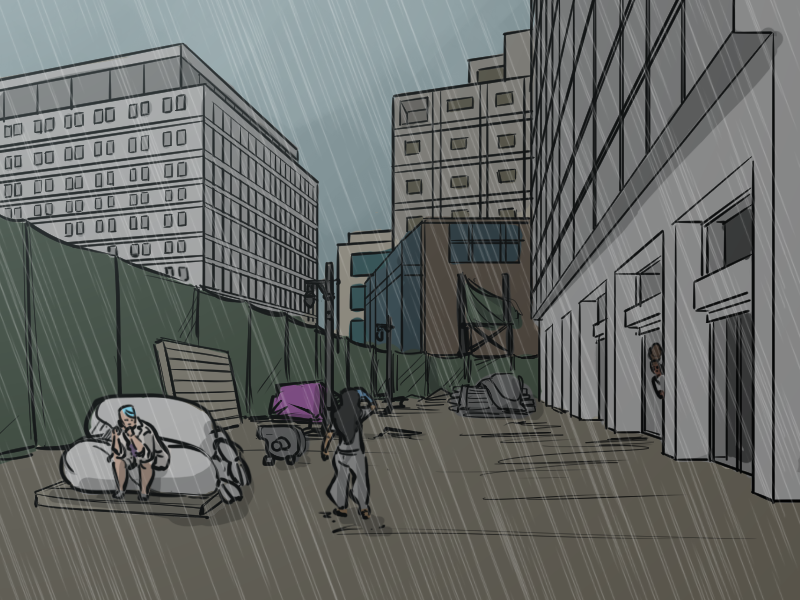 "Where are we? It's clearly a construction site but - "

"She's right," says Kendra. "There's nobody in here and there's stairs down. Look, do we go after her?"

"You don't recognize it?" asks Amie. "We live right over there!"

"I just moved here!" says Bina. "It's been closed the whole time. How would I possibly recognize a subway station I've never used and is currently under renovation?"

"Do. We. Go. After her?" repeats Kendra again, with heavy emphasis.