"The second shot was a through and through but it hit her lung, which collapsed, and broke some ribs on the way out." 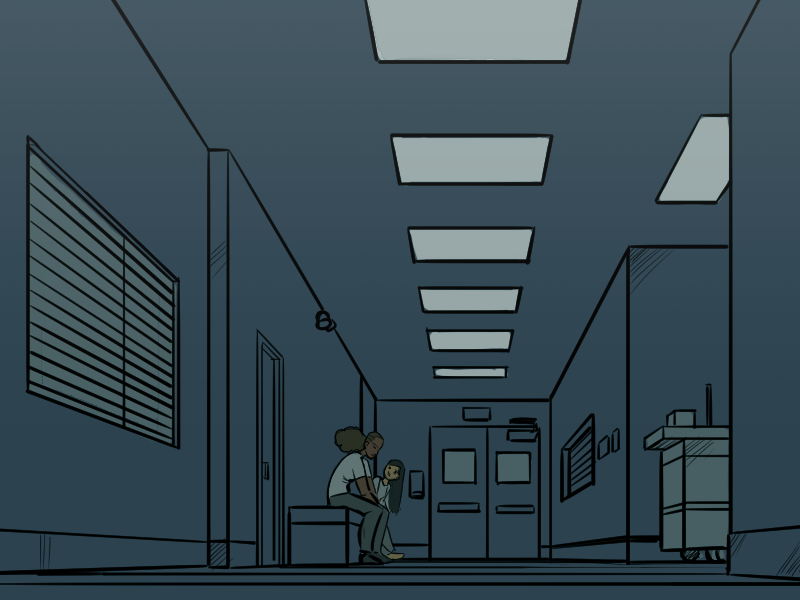 "Oh damn…" Bina can't think of anything else to say to that.

"The other one is worse?"

"The first shot, the one we didn't see, was lower. It hit her pelvis, the uh - the upper part, and cracked it, then bounced… somewhere. We know it missed the internal iliac artery because she's alive but they don't know where it is and they haven't gotten it out yet. They're not sure how much damage it did yet."

"They can't get imaging to work. No x-rays, no CT or MRI's, though they wouldn't use that one because that would be bad with the missing bullet. Last I heard, they're going to try to go in laparoscopically, but they're having an issue with that because the cameras are giving them trouble."

"But we shut down the portal!" says Bina. "And I'm all the way down here! I'm as far away from radiology as I can get! Should I-"

"She…" Kendra pauses, then continues. "She fell in the mud."