Primary Temporal Position: 1080
Reset Temporal Position
2LittleGamers:
>Amie: Today is The Day, the one you have been preparing for your whole life. Today, Amie, is the day YOU are The Doctor!
>Amie: BE THE DOCTOR.

"Wait!" says Amie, stepping in front of the two people running down the hallway and asking, "What are you running from? What's going on?" 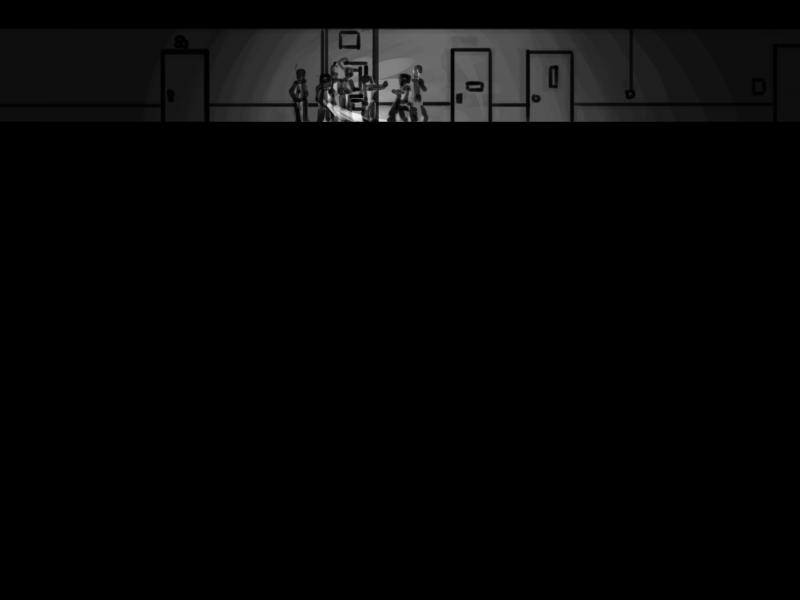 "There's something - some kind of attack," says the woman, a nurse, looking breathless.

"There was a guy," says the man. "But there was something wrong with him. He looked sick, really sick, and dirty. I didn't notice at first, everything being so dark, but when he walked past me he made this wheezing, gurgling noise and I realized he was naked, not even a gown but he was just covered in this black grime."

"I heard people yelling about water coming in under the doors and then I see the same guy, he's walking through the ER, and I see him immediately 'cause he was walking all funny. This guy sort of stumbles up to the desk, up in front of Edith, and I'm thinking 'Has he been in an accident?' because by this point I know something's wrong and -"

"- I looked up and saw two more people the same way, coming down the radiology hallway, naked and covered in the dirty water -"

Story finished, they start running again, away from the ER. 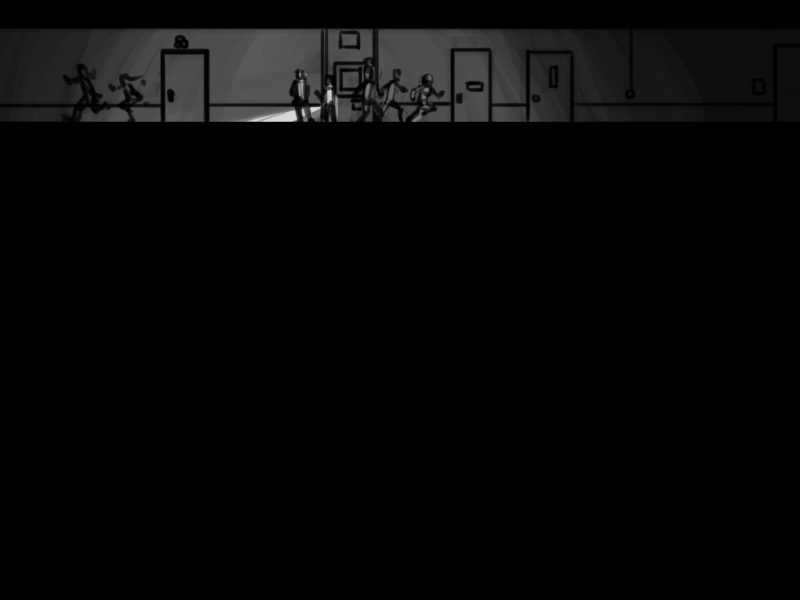 "Did that whole thing just feel really really unnatural to anyone else?" asks Bina.

"What are you talking about?" asks Amie, starting to run again. "Come on! We're going to lose Edwards and Castillo."

"So just me then," mutters Bina.