Primary Temporal Position: 1079
Reset Temporal Position
xooxu:
Still hoping Emmie just casually picks up "I'm 4'11 and weigh next to nothing and my knees will probably not take much more of this running nonsense" Bina and awkwardly carries her.

"Err… I could carry you," says Emmie, as they run.

"You nearly died! Very recently! I -"

And she is, there's about half an inch of muddy dirty water on the floor. Bina's pretty pink socks had soaked through as soon as they'd stepped into the hallway.

smurfton:
Any reason why Emmie?
xooxu:
Not really. He's a doctor/medical specialist and knows Bina shouldn't run in her condition, and it'd force them to talk a bit and us to learn more about Emmie. And also I kinda just want Emmie to be awesome and the kind of person who would do that. Kendra is also a good candidate, but she already knows that Bina doesn't like help.

"It's not you," says Kendra to Emmie, running in an infuriatingly easy way thanks to her long legs. "Bina doesn't really do help, not unless she is actually about to die."

"I-" Bina starts to protest but Kendra talks over her.

"Which is OK, but if you trip or something, one of us is picking you up and you're going to let us."

"I wish the two Officers hadn't taken both flashlights," says Emmie, trying to change the subject.

"No! I have a real one. I was trying to tell you earlier, I found it in the dresser beside my bed."

"Oh! That one! That was the one I was using for, you know, stuff! Leg stuff! With the Moment"

Bina fumbles the sturdy flashlight out of her track pants with her unspooky hand and clicks it on. 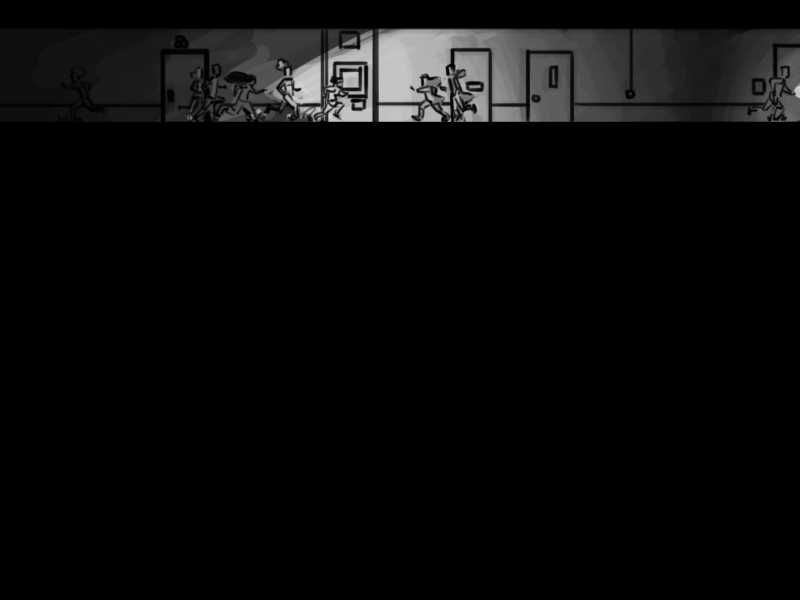 She can't help but notice everyone they're passing is running the opposite direction.