"Hah," says the one called Kendra, "No. More's the pity. I would feel a hell of a lot less terrified about all this, if I had a few resurrections under my hat."

"I'm a parking attendant and she is an official government investigator of the scurrilous and spooky." 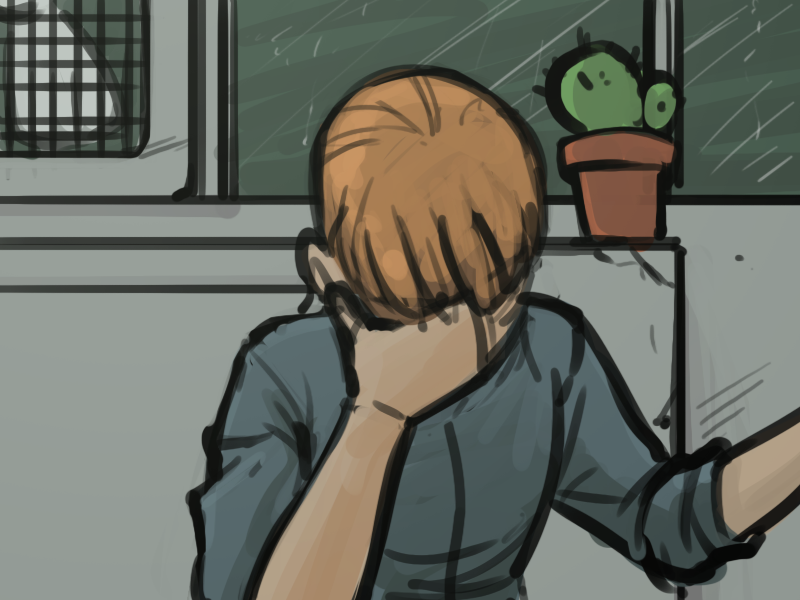 "It's OK. It's sort of a sore spot for her, but yes like the X-Files, just Canadian and somewhat less reputable."

DS:
> Um , wait, Bina? Hospital? You want some answers, now. Like, what the hell happened to your roommate?

"You mentioned Bina, is she your friend? Is she uhh.. here?"

"She's on the couch, but she's really out of it. I think I may have overdone it on the painkillers."

tegerioreo:
Adler Young does his laundry while an off-model mini-Piyotr looks on:

Enter me in that-there fan lottery.

Ha ha! This is so great! Poor Adler. He has a tough time.

I have also worked out what I'm going to do for the prize. There's only going to be one, but it's a pretty good one.

The winner of the 1000th day fanart shenanigans will be given a copy of either:

Photoshop is the more expensive of the two by far, but Clip Studio is awesome so I thought I'd include it.