Bina is pretty sure that doing that would take a considerable amount of time. The stuff it's written in is like gummy tar. Gummy tar full of ash.

The:
> Search your mind for anything else that you only just now remember remembering.

That's not a bad idea, but how do you search your mind for things you're only now remembering? Do you remember when you got your memories? Bina's always just sort of had them turn up in her head after events have happened.

The feeling that parts of her life, however small, have shifted is fantastically unpleasant. Like coming home to find that someone has broken into your house and replaced your toothbrush with one that is almost entirely identical… but is a slightly different colour. 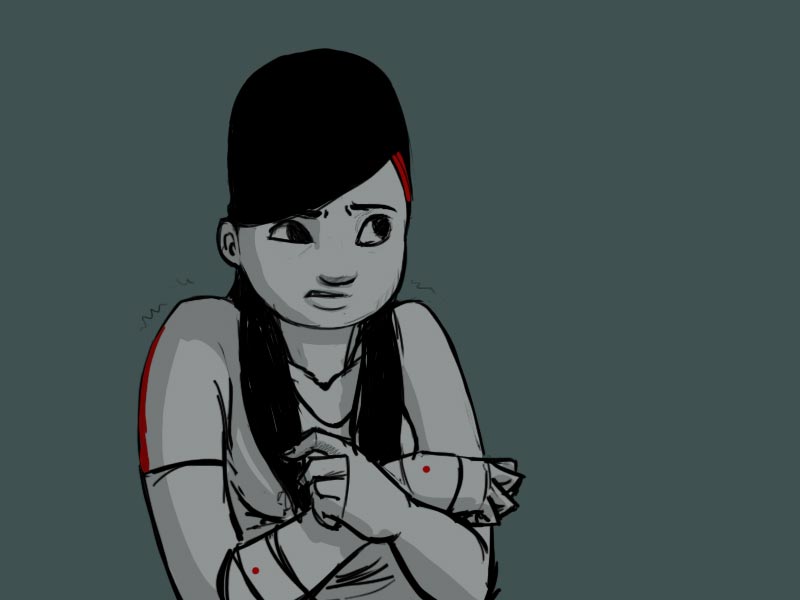 Bina is unsuccessful in suppressing a shudder.

tegerioreo:
Hey, that might be an insult directed at YOU since you are currently wriggling around in the decaying remnants of this long-past day.

Prepare a witty retort in case you ever meet the writer of that message. Preferably something more devastating than "I know you are but what am I?"

It really ISN'T very nice to call someone a maggot, however much they may be wriggling at any given moment. Bina's not sure she's up to clever retorts just now, she's too tired, scared, and angry. She resolves to just punch the writer in the face, should the message turn out to have been referring to her.

It's not the subtle option, but it IS expressive.

The:
Blind guessing, but I think "corpse of a day" may be literal, as in Bina is in July 17 1911 years after that date actually occurred, and the thing in the courtyard is the "maggot" that has been growing there ever since.

Or it could mean that. That makes at least as much sense as any of the rest of this.

The big questions are 'Who wrote it?' and 'Why?'

Bina starts to edge her way forward in the dark, hands held out in case she trips over something. 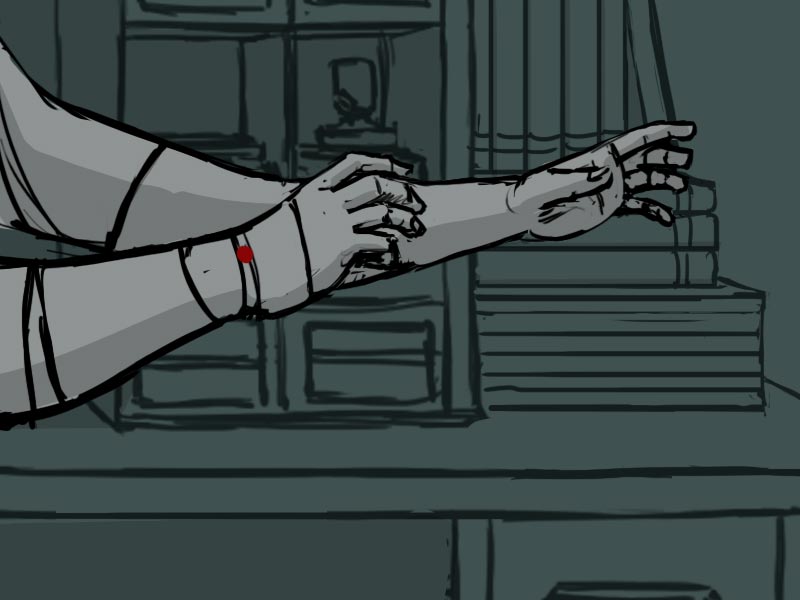 Could it have been Josephine? She seems the logical choice, but why would she have written it on the window? Who was it meant for?

She is pretty sure that the thing that Josephine had in that narrow box is what caused… whatever is going on. Probably.

What just HAPPENED to her and Piotr? Was she… what? Squeezed out of 1911? That's what it felt like. Like popping a zit. Put enough pressure on something you don't want and… splut.

Her therapist would have something to say about her choice of personal similes lately.

But if Josephine's device did something to time, and that's what it looks like, then where did the dog-beast come from?

Argh! Bina feels like she's groping around in the dark here.

Well, ok. She IS groping around in the dark here, but she means that metaphorically as well as literally.

Wessolf27:
>Instead of moving back to the courtyard, I'd actually suggest moving further inside.

Bina doesn't want to stay in this room, it feels really unsafe. Maybe she should head further into the - 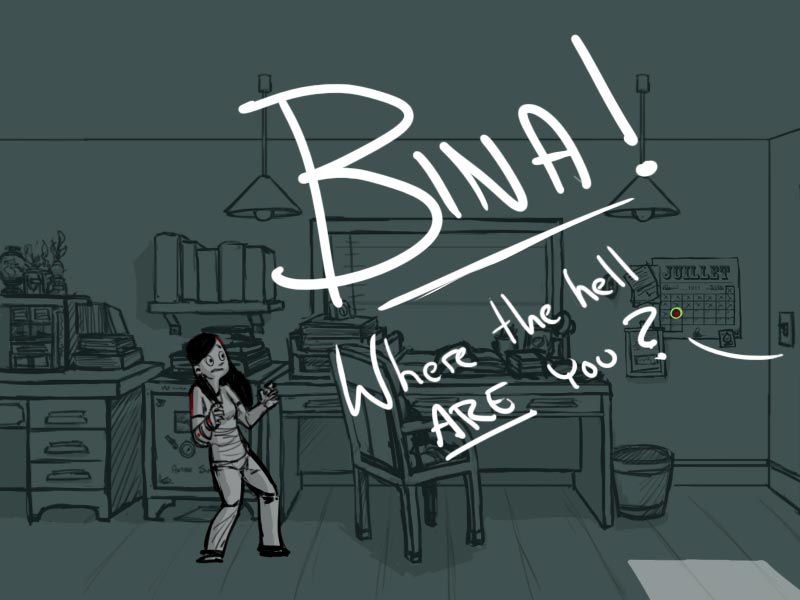