Maybe they're doing a heist? Like, maybe there's some like mob person who lives like below them and they're going to drill through the floor and break into their safe or something!

That's… probably not what is happening either.

tegerioreo:
Burglars wouldn't be so noisy.
Would they?

That is a very good point! Unless they've cased the joint and think Amie was supposed to be out. She wasn't, but she doesn't envy thieves trying to understand her schedule. She barely understand's her schedule. She does three part time jobs and they all move shifts around, plus school, and when she can manage it her dance club, which she hasn't been too in like SIX WEEKS now, holy crap and WHY IS SHE THINKING ABOUT THIS NOW THERE ARE MAD SCIENTIST MOB THIEVES IN HER LIVING ROOM!!!

wolftamer9:
> It seems to me that if you run in waving that bat around and screaming like a madwoman, it's much more likely that the burglars will get scared and run away than, say, attack you.

"Hey! What are you doing in my apartment! I'm armed! I have a cricket bat!" 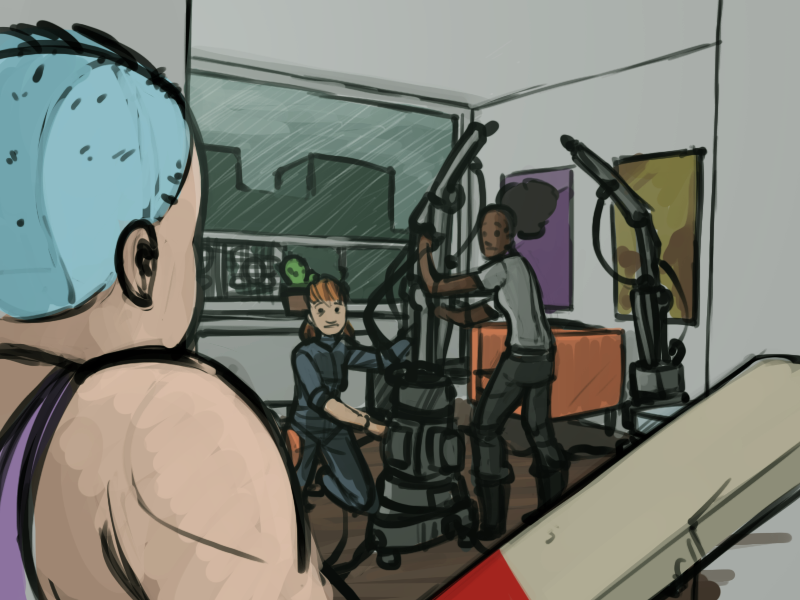 "I assure you, there is a rational explanation for this."

"Hey, how 'bout we don't lie to the nice lady with the baseball bat?"

Bohandas:
I drew the characters in my adventures doing their laundry as per the original proposal. Does that Still Count? 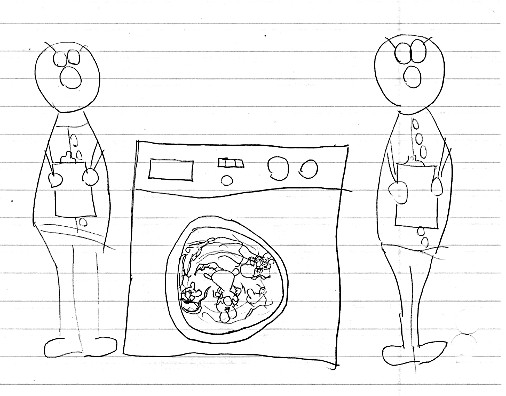 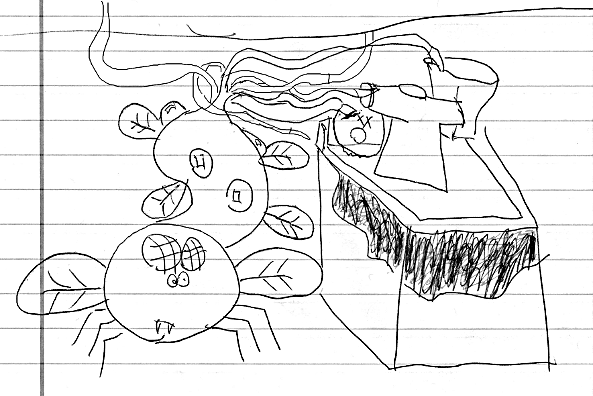 Yes! Both of those count! Well played.

So! To clarify, if you draw either of these things:

1. Fanart of All Night Laundry.

2. One of your OC's (does not have to be an Adventure character) doing their laundry.

And you let me know before February 13th (Day 1000) your name goes in the pot. I am still trying to come up with good prizes. I'm thinking art programs right now.