Primary Temporal Position: 0976
Reset Temporal Position
xooxu:
Also why are there brown outs? If it's rainy, it shouldn't be too hot. Brown outs normally only happen when it's really hot and everyone is using too much electricity to power their ac.

Maybe people haven't turned them off yet? Amie's fan is still going, despite the drop in temperature. It really is getting pretty chilly in here.

Bohandas:
>The blurring reveals something weird just out of frame like in The Ring

Urgh, sadly no. That would be kind of cool. Not the whole dying thing, the ghost thing, but it's just static, or… something. It reminds Amie of the time someone taped a telephone to a computer monitor in fifth grade.

The magnets in the speaker made it go all wonky. Brian and Jacob had done it over lunch, so by the time the teachers had found it, the damage had been permanent. There's been no money to fix it, so every so often you'd get stuck with the computer with the wavy green monitor.

curiousTerminal:
Maybe it's just this/local channels? See if the reception is bad on another one. 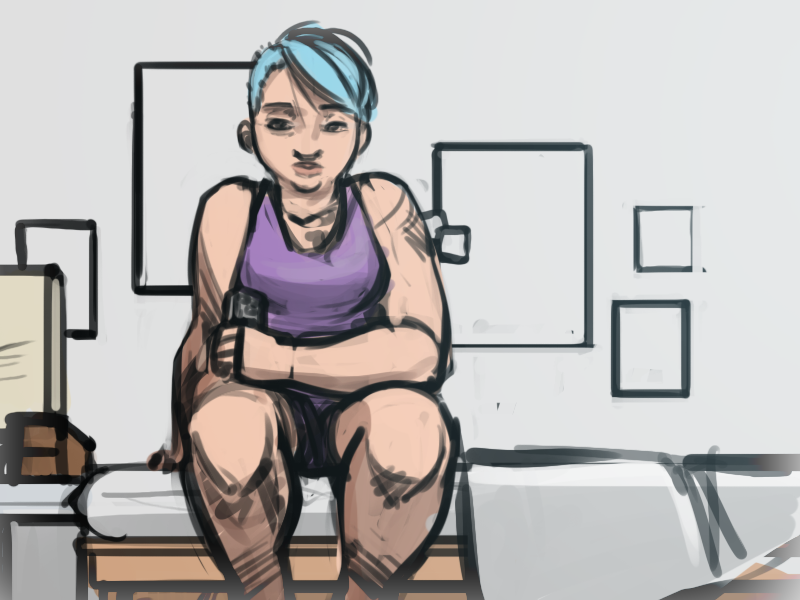 Last month, Bina and Amie had decided to turn off their cable subscription to save money. Nowadays they use a digital antenna given to them by Amie's aunt.

As she flips through the empty channels another loud bang comes from the living room, followed by muffled swearing. She can't be sure, but the swearing doesn't sound like anyone she knows.

It couldn't be… I mean, people don't break in during the day right? Not if someone's home. Right?