> You're way too uncomfortable now. You might as well get up.

It is pretty chilly though. Amie considers getting up and closing her window.

She decides to persue that option only if no alternative presents itself. Maybe it'll get warmer later?

BreadProduct:
>Turn on the television 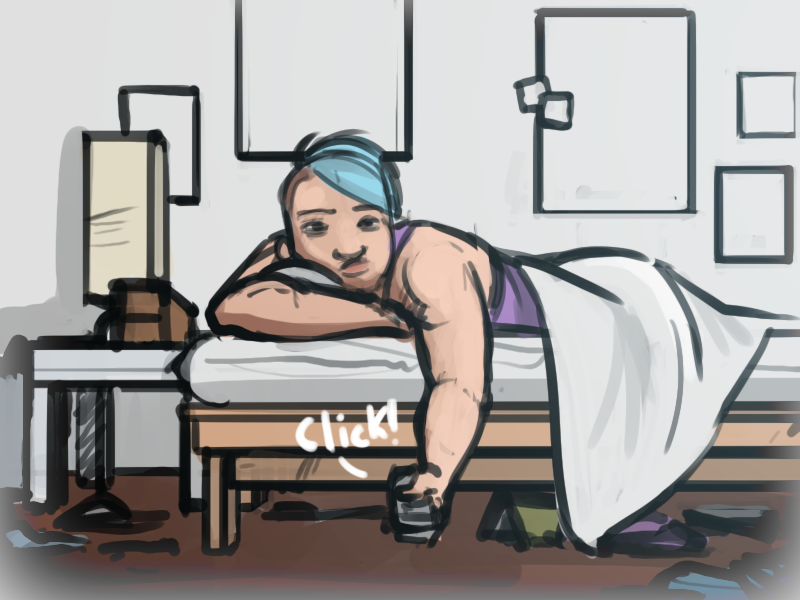 She decides to check the weather. 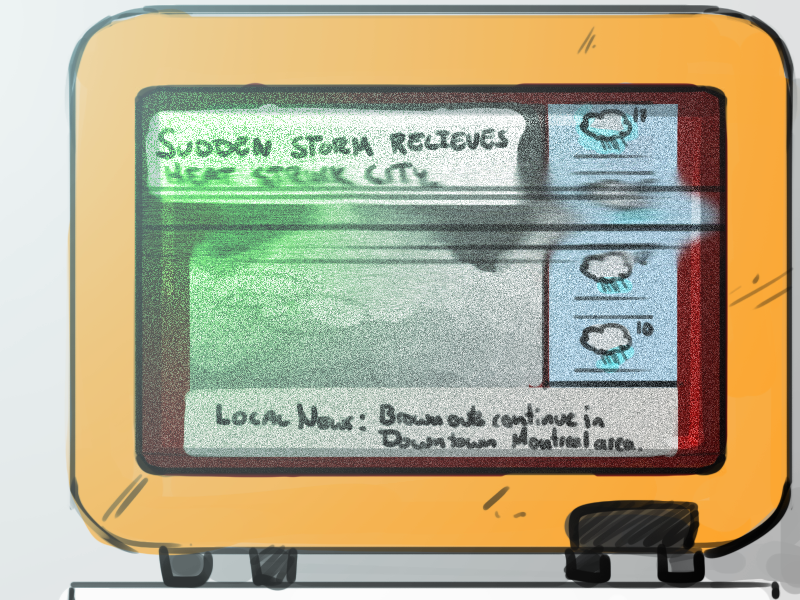 Something is wrong with her TV.

xooxu:
Jack redacted. It was originally the 18th, but he fixed it. If it WERE the 18th, the loop would already have reset. I forget where Kendra said it, but the loop has a fixed end point on the 17th somewhere. If I'm remembering right.

I did redact. It has been a hectic few days here in Jack land. I messed up the dates myself. This is the 'same day'. The story started at slightly after 2:30am on July 17th, and we are now a little less then twelve hours later, baring time travel related shenanigans.

We are also at day 975 of All Night Laundry today. If anyone has any suggestions for fun or clever things to do on day 1000, I'm all ears.

I'm thinking I'll scream, run around in circles for a bit, then fall over and stare at the ceiling and have a loooong think about my life, but that might be a bit dull for audience members unless I recorded it.