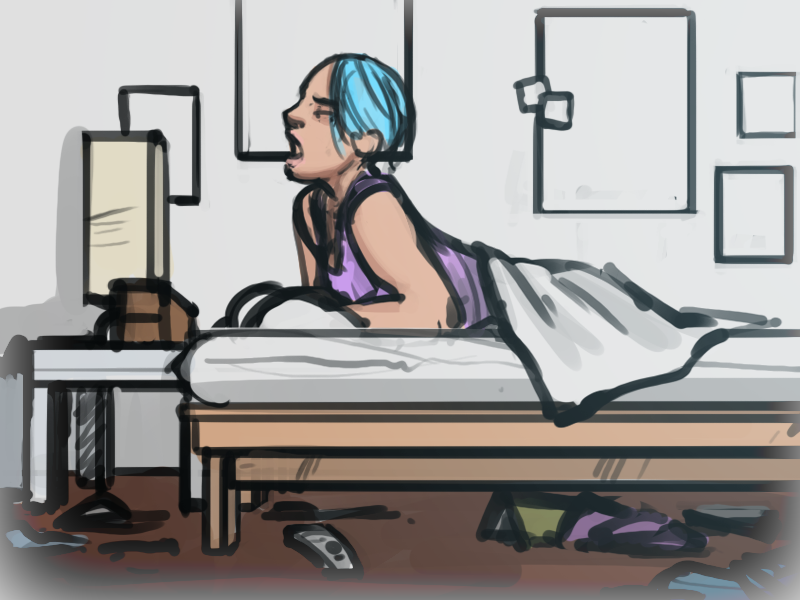 Amie had gotten home early that morning to find all the windows closed, the fans off, and the apartment sealed like a Tupperware container.

It's cooled down a lot since then, and, she notices abstractly, it apparently started to rain at some point, but it sucked to be all sticky and overheated when all she wanted to do was sleep.

wolftamer9:
> Frig, it looks like you actually have to GET UP. What a jerk, that Bina.

Urgh, no. Not happening. 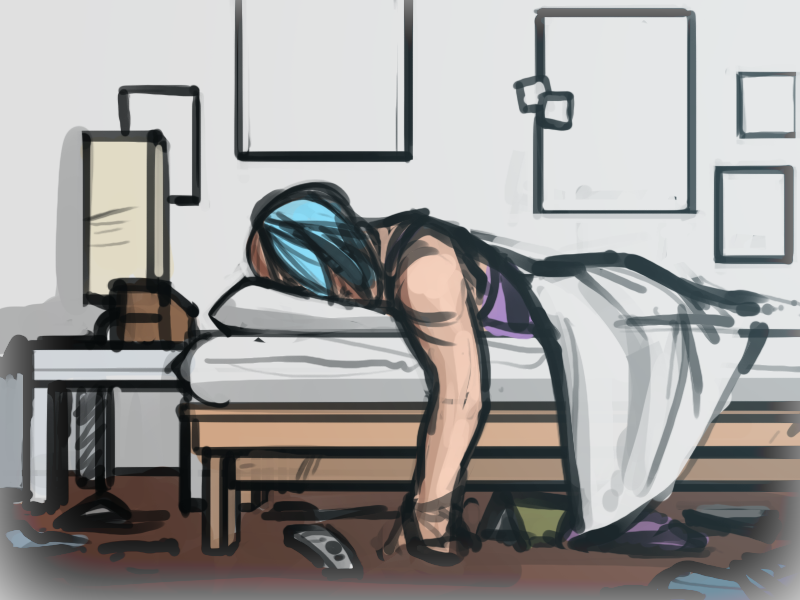 There is still no response, save for a sort of clacking rattling noise, like someone fumbling with metal fasteners, an Ikea kind of sound.