Fuade:
Ok, so we know the botfly feeds Gregor information from other timelines, so it probably knows the first, second, third, and forth plans we would do in order to either kill or incapacitate him. So in order to surprise him we have to be completely unexpected.

Remember my plan for Dog NASA? Do that with a pickup truck aimed at the laundromat

But one of the Bina's had tried that, hadn't she? Number 6? Number 7? One of those ones. If the Botfly is giving him information it could be very hard to sneak up on him.

curiousFellow:
Well, remember that he's been killing Kendra and Elizabeth in those timelines. So he doesn't have that advantage on them. He does however have a bulky physique and who knows what kinds of unlight powers and trinkets.

Also if we catch Gregor in the past we're gonna cause a lot of seizures.

Of course Bina had been alone at that point. No Kendra, and no Elizabeth, that makes his foreknowledge mostly useless at this point provided they don't pick a plan that's like what the previous Bina's did.

Whichever way they chose, it probably wouldn't be easy. Gregor is enormous, and he has some connection with the Hound. Gregor they can maybe take, but not that…

Elizabeth had mentioned calling for backup. Now that's something Bina would never do…

A desperate whine interrupts her train of thought. She realizes she's been standing, bent over the dog bowl holding the kibble, for quite a while now. 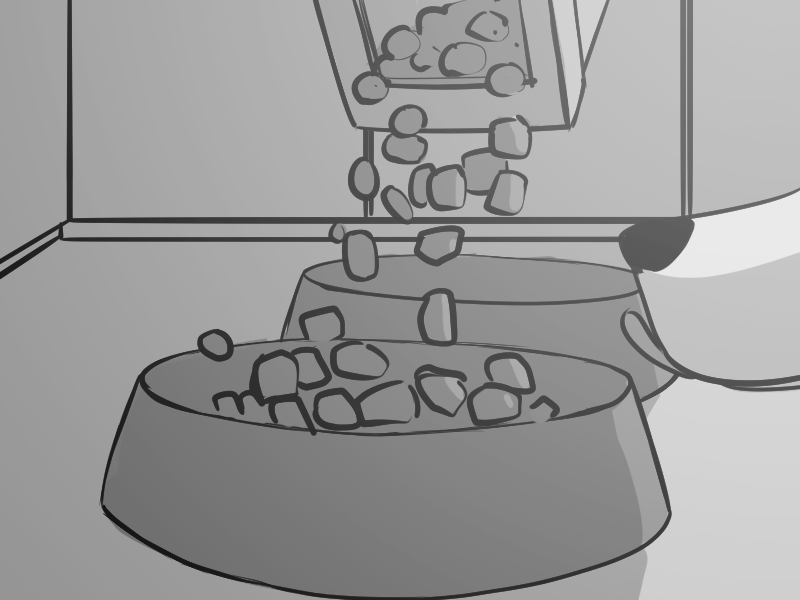 Dave:
I'm going to give you the same advice I gave my writing partner after the third or fourth time he accidentally deleted an entire update after hours of writing. Do not, under any circumstance, write out the entire update using only your browser. Notepad, Wordpad, Word, Google Docs, anything that can save is superior because you will delete stuff by accident and then you're gonna have a bad time. :woeful:

I've used a variety of things over the years, but nowadays I use notepad++.

It isn't the best thing, it doesn't, for example, do passive saving, but it's my go-to scratchpad.