No really, what other leads do we have on how to stop the Botfly? None of the other loops ever mentioned the Department's involvement, which means the Botfly is likely in the dark about it too! Elizabeth may be the key to finally ending this!

Well, what do you guys think? This does, after all, ride on the hope that the department has found something which we can use. But I don't see any alternatives…

How are they going to deal with the Botfly?

They know almost nothing about it. Not for sure. Kendra tries to list the things they know about it for sure and finds it to be a depressingly short list.

It exists. They know that for sure. Kendra's even seen it twice in the space between times, where it seems to occupy an area below the times they've been living in. That's assuming things like directions even apply in that environment.

It wants people to look at it, but it doesn't seem malevolent about it exactly.

Hmm… now why does she think that?

Kendra begins to tidy the kitchen to give her hands something to do while she thinks. 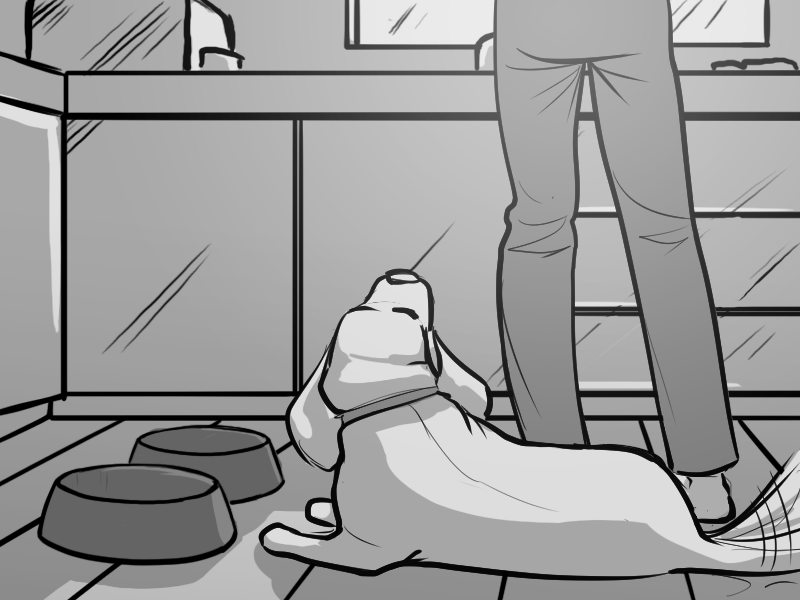 Why doesn't she think it's hostile? It killed Josephine, her husband, and who knows how many of their friends and employees with a magical time explosion that didn't just murder them, it erased them from history.

It's minions are hostile, no doubt about that, UnPiotyr missed crushing both her and Elizabeth by a hair just a few hours ago. They're also undead which would normally place it in firmly the Sauron section of the not-actually-very-nice-creatures-at-all list.

Oh, and it's kidnapping people and turning them into some kind of mind-batteries or something. OK, it's having Gregor do the actual kidnapping, but it's the same deal.

So why doesn't it feel hostile?

Maybe it's just so big that hostility towards humans isn't even necessary. Do you feel hostility towards chickens before eating them? Maybe it isn't necessary for it to intentionally attempt to do harm to cause damage. Maybe it doesn't even know that what it's doing is bad for humans.

Of course, she could just be making excuses for it because it's pretty.

She can't really remember what it looked like, not exactly, but it left the impression of vast, sublime, nearly transcendent beauty. Folds and membranes in infinitely refined curves. How could something so beautiful be a monster?

What a nasty defensive strategy should it turn out to be just a horrible evil parasite.

That said, Kendra's read enough sci-fi that just straight up murdering the alien feels wrong to her.

Maybe it's just trying to communicate with them, and this weird monkeys paw granting the secret wishes of your heart thing is the only way it knows how?

a52:
Just out of curiosity, when do you post the updates, on average?

For me they are usually released at about nine to eleven, at just the right time for me to read and post just before I go to bed. Since this takes place in Ottawa Quebec someplace near Maine I'm bad with geography okay I'm assuming you live somewhere around there too, so that's probably a few hours east, meaning… on average 12-2 am. Woah.

Is that correct at all? If so, I commend you on your dedication! Wow!

Also, if that's correct, that means you technically missed an update the first time you posted after midnight :mspa:

I did, in fact, miss an update the first day I posted after midnight which was, I think, somewhere in the second week of posting. I mentioned it at the time but I'm not too chuffed about it.

If anyone wants to say I haven't really been doing an update per day for 967 days because there have been days where the time between updates was 27 hours and not 24 hours, they are welcome to think that but I reserve the right to think that they're a weeny.

And yes, I usually post anywhere from 12:00 to 2:00am my time. This is because I am not actually that great at time management but I am very good at being stubborn.