"It's not… normal radiation, if it's even radiation at all. The CNSC guys figured out pretty fast that something was off about what the municipal inspectors were telling us."

Kendra breathes a sigh of relief, before realizing that was pretty silly, because if they'd been covered in radioactive waste then she'd also be sick and/or both of them would be dead.

"They had found strong EM-interference and their geiger counters lit up like they'd just jumped into a uranium mine, but with an area that large, even assuming it was contained, we would have been seeing dozens of cases of radiation poisoning showing up at local hospitals, mass fish and animal die offs… but we had none of that."

"Did they… no, your question."

"Where do you think my team is?" 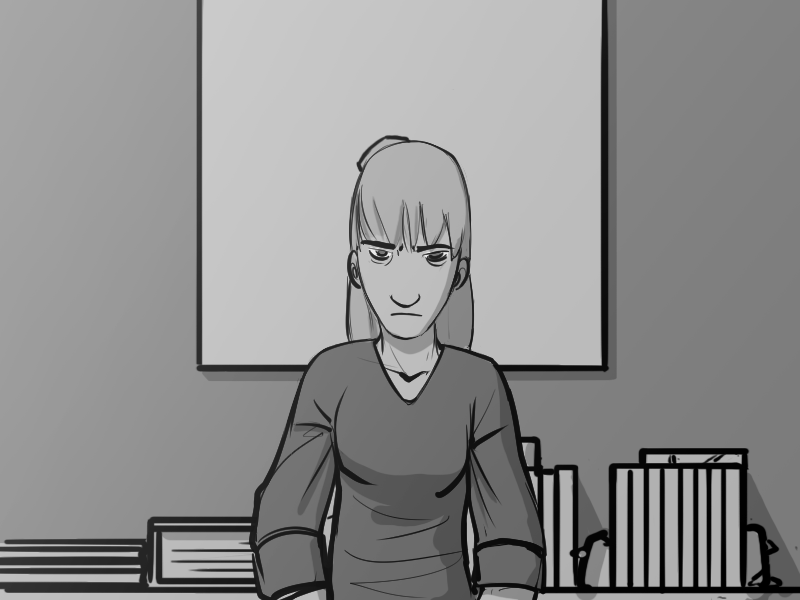 "No! Don't get mad. I'm going to answer, but this is right up against the dangerous stuff so I have to be careful. I… OK, we're pretty sure they've been taken by Gregor, the guy who attacked you. They left their hazmat suits behind and there were signs of a struggle."

"We're pretty sure they're still somewhere in the factory, they're probably somewhere either inside or near the large courtyard building but we haven't actually seen them."

"The one near the towers?"

"Um… tower, now, singular, but yeah. You might have trouble if you try to just go after them."

"I wouldn't be the one doing it. I am doing the sensible thing and call for backup at the earliest opportunity. I think a SWAT team can handle one angry guy with a shovel, no matter how delusional he is."

"Err… yeah. Right. Sure. That is true, but it still could be a little tricky."

"My question, Right. Myyy question… So you're with the CNSC?"

"No, I told you, I work for the Public Health Agency. The CNSC is a different agency. We were… uh… called in later."

"OK which part of the Public Health Agency do you work for?"

Elizabeth goes quiet and looks down at her fingernails.

"Aha… now I'm getting somewhere. Come on. If you can't answer, that's fine, but it'll mean I'm right in thinking you're a spook."

"I'm not a spook!" says Elizabeth a little too loud, "I work for the DPIR."

"Can you try not to use acronyms? I don't actually know what that is."

"The uh… DPIR is the Department of Phenomenological Investigation and Research. I guess I can tell you that much."

"Phenomenological… isn't that - I've heard that word before - isn't that a psychology thing?"

"Wait - autopsies? You went in the bio tent?"

"Yeah, while looking for you guys."

"We had no idea who you were or what the tents were for and there was no signage saying "Do not enter, spooky bullshit ongoing." We also took a shower in your decontamination unit, you wanna get mad about that too? Come on, why is a psychological research group doing in a place full of radiation?"

"Fine! Ask another question then!"