Primary Temporal Position: 0958
Reset Temporal Position
xooxu:
>Kendra: Literally nobodies. People Gregor got involved. But who knows, fate seems to have something to do with you two. You can tell her what you do and everything, but she's probably expecting the answer to explain in what authority you're withholding information.

"We're… nobodies. I'm a parking enforcement agent and Bina's a waitress. We're both students, I think Bina's at Concordia for journalism and I'm at McGill for Aerospace Engineering. Stuff has… happened since we got all mixed up with this, but we're regular people."

xooxu:
Ask her who she works for. Is there a specific branch of the Canadian government? Private contractor or institution? University research team? What?

"Come on, what part of the government?"

"Do you really want to do it this way?"

"You did it to - fine, I work for the Public Health Agency."

"How do I get past the wall of death?"

"OK, yeah, that wasn't a good explanation. We're in… I guess it's easiest to explain as an alternative dimension. A copy of earth, but it's collapsing. The wall is the event horizon of the collapse."

"Yes, but we have a way out. We're not as screwed as that sounds."

Dave:
"Have you ever heard of Astro Sugar?"

"Or… well we're still pretty screwed, but not in that particular way. My turn. Have you heard of Astro Sugar?"

"Uh… yes? It's the factory in the incident zo-

"No, I mean does Astro Sugar really exist?"

"What? Of course it exists, it's down in the incident z-"

"No, I mean does it exist historically? Is there any evidence it actually existed?"

"Oh, you're asking if there are any records or anything." 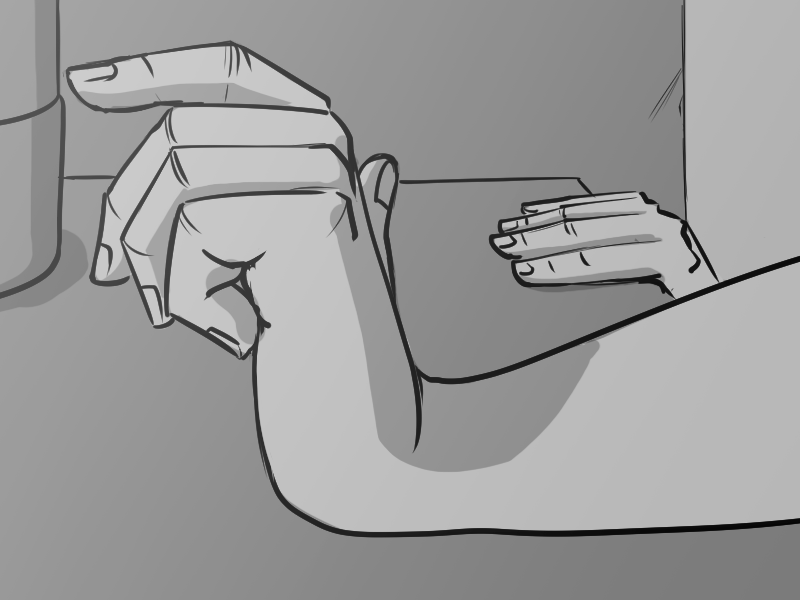 "Nnnooo," she says, dragging the word out. "We excavated some kind of storage office down there and we have receipts for bulk sugar orders that appear to come from a number of places we can confirm did exist in Montreal in 1911, but the factory itself…"

"Yeah," says Elizabeth, "Nobody even grew sugar beets in Quebec in the early 1900's. Why - why did you ask that question?"

"Is that your question?"

"Er… yes. Why did you ask if the factory existed?"

"I was confirming some information we got from a highly questionable source - and before you ask, no I can't tell you who the source is."

"My turn again. Why is the Public Health Agency investigating this thing? They're federal, right? Shouldn't this be something handled by the city?"

"It's Montreal. Do you really trust the municipal government to be able to tie it's own shoes?"