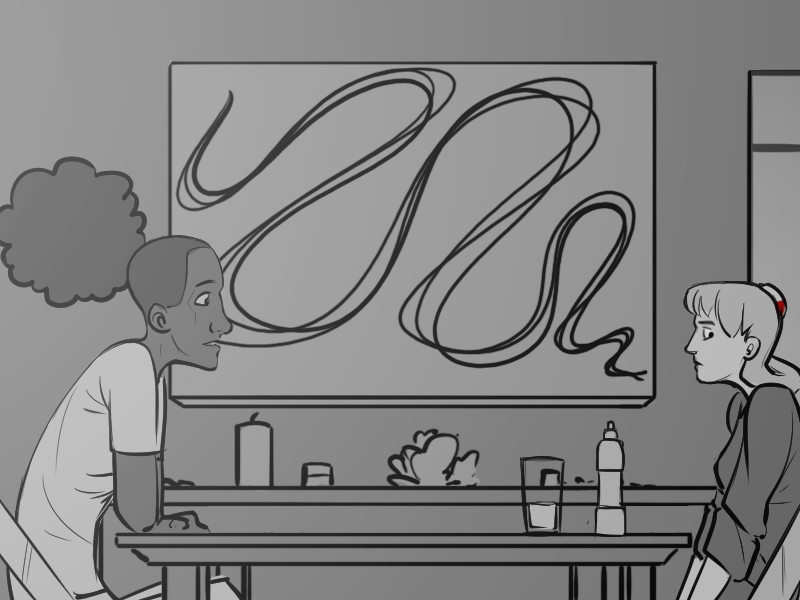 Player 1 gives a piece of information. Player 2 has three choices: Confirm, Contradict, or Elaborate.
When that turn is over, then the roles reverse.

"So how about this, I would prefer to just talk, but if we can't do that, why don't we play the game."

"OK, wait - one extra rule, if we don't answer, we say if it's because we don't know, or we can't answer because of reasons. Without that, we'll just be talking in circles."

Kendra decides to give her a bit of a break, "You go first."

Kendra watches as a series of emotions flickers across Elizabeth's face one after another. She looks around for several seconds and then turns to Kendra and asks, "Just - who the heck are you two?"

Happy New Years to everyone!

Hurray! Question games! Lists of questions would be appropriate right now, as well as advice for how much Kendra should tell Elizabeth about certain topics and possible strategies to get past her reluctance to spill any legumes she may possess.