Primary Temporal Position: 0955
Reset Temporal Position
xooxu:
>Kendra: at least be upfront about what you're not telling her and why. Say something like, we're not sure how it works, but something is manipulating people into thinking they're getting something they want to make them do as it wants, but with a sort of "genie's wish, monkey's paw" twist. It's had some extremely dangerous consequences so far.

"My friend may have a hero complex and she might be a bit paranoid, but she's not wrong. There's… something very weird and very dangerous going on here."

Elizabeth snorts, "Something weird. You mean weirder then time travel, dead dogs walking around and all consuming walls of death?"

"Yes, and no I'm not kidding, those are all just sort of sideshows. There is something out there using people to make… things happen. Bad things."

"Gee thanks. Could you be more vague? I think there were parts of that I almost understood."

"My friend is convinced that official attention will make everything worse. I think she's probably right. Getting more people involved is not the way to resolve this. I want to tell you, because I really want to believe there is someone remotely qualified to handle this kind of situation, but if I tell you, and you're the wrong person, a lot of very bad things are going to happen which will probably result in my death as well as the death of my friend."

"Listen - if I can just contact my people, I can get your friend medical treatment. All I need is a phone or - "

"I don't think you know what you're dealing with here." 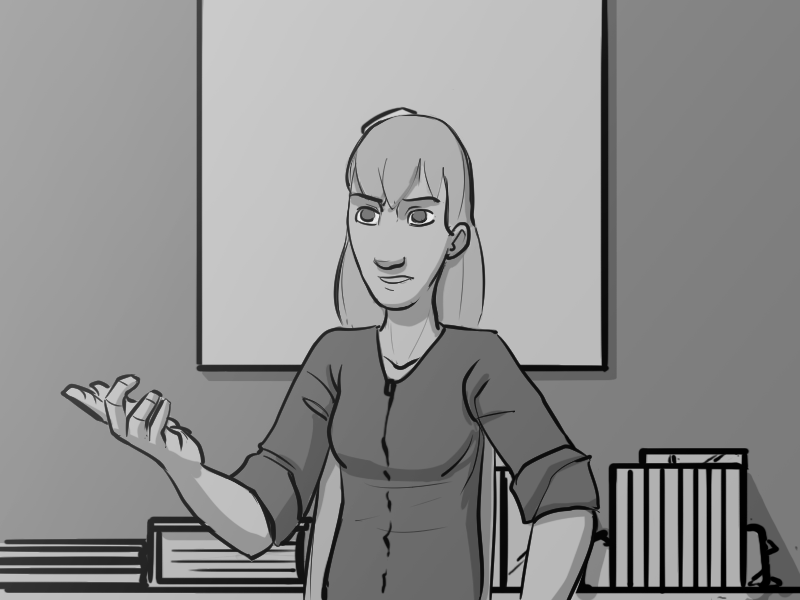 "I don't think you know what you're dealing with here."

"Why are we even having this conversation? If your friend is as sick as you say, you should be helping her."

"I am aware of that, that's why you only get five minutes."

"Five minutes for what?"

Heyoceama:
Currently catching up on this story and I'm curious why isn't it on the mirror? Would make where I'm at easier to track and reading it overall easier.

It's not on the mirror because of how I structure updates. I embed the images into the body of the text in a way the mirror doesn't really care for.

I'd either have to restructure the updates, which, like xooxu says, would be a considerable amount of work, as this adventure is now nearly 300 000 words long, or write my own website.

I have been meaning to get around to Option B for about a year and a half now. I know that the forum format is limiting how many people can easily read this and I'd like to be able to support a wider audience, but I don't have an enormous amount of free time because, well, I make this adventure thing every night.