Primary Temporal Position: 0945
Reset Temporal Position
"All right, it's… well it's hard to know where to start. There isn't an easy beginning to all this, at least, not one that sounds in any way not crazy."

Chizita:
You don't need to give her the whole story, start to finish; just give her the bits that concern her specifically, like why she got bopped on the head, how she got here, and why she was saved.

badatnamesbluhbluh:
>Start with what's most relatable: How you got into this by getting kidnapped by a russian guy.

"That… might work, but I think Bina would be the better person to tell you about the fluffball here. She told me some of it, but I don't have all the details. Lets start with her master instead, Gregor."

"He works in the laundromat. That laundromat… which… wait - how - why is that still standing?" 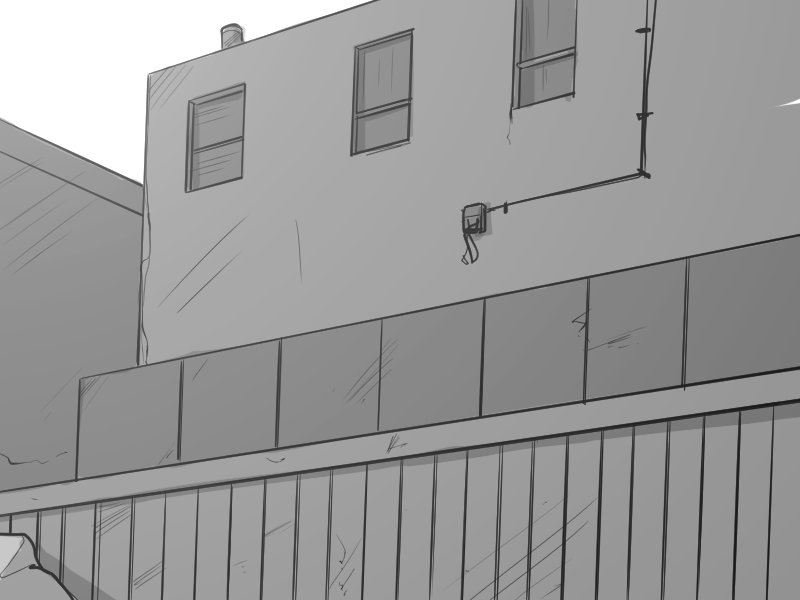 "Lets not get side tracked, OK? Otherwise we're not going to get anywhere. Let's stay with Gregor, at least for the moment."

"I had him down as a probable casualty of the subsidence."

"The building falling down. That building. The one that is still standing up. He lived up there - lives up there - with his uncle."

"Well he's not dead. He's very much alive. In fact, he's been walking around abducting people by hitting them with a shovel."

Kendra has to think about that for a few minutes.

"Eight? Nine maybe? Nine, if you count Bina. Though in all three of our cases he didn't actually manage the abduction thing properly. I don't actually know about the cops either, he may have just killed them."

"He mentioned that some police showed up to investigate the site of the 'subsidence'. He got them too."

"This is probably a dumb question, but do you have any proof of any of this or any idea why he's doing it? I heard he got into a fight with some of the construction guys when his dog died, but what possible reason - I mean, why kidnap nine people? I've heard of spree killings before, but not spree… whatever-this-is."

"Well… he thinks he's working for an angel."