BreadProduct:
Now the situation is resolved time to ask those important questions you get asked when you get in a accident.

"Well you haven't split your stitches, which is good. Do you feel nauseous? Dizzy? Anything weird happening with your vision? Bright spots or halos?"

"No, none of that, just a blinding headache."

"Literally blinding? Because if so that's - "

"No! Not literally blinding. Figuratively blinding! I have stitches?" 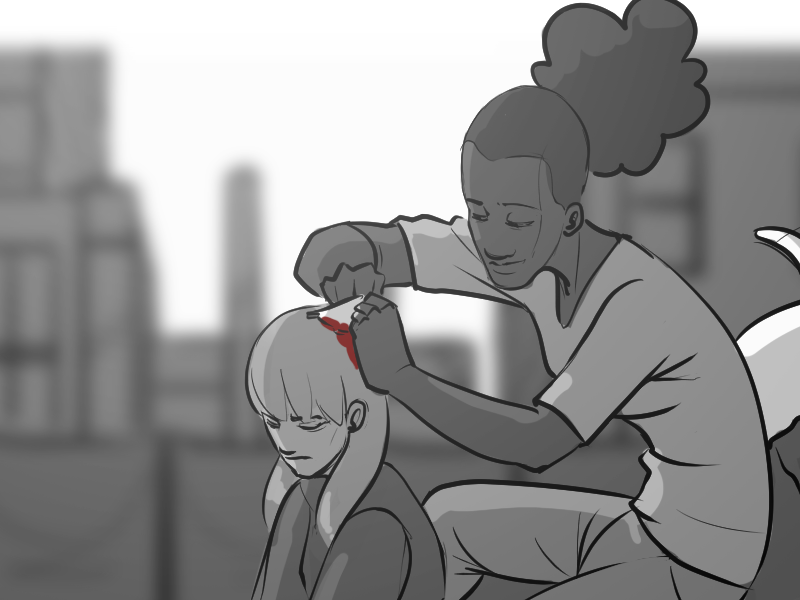 "Twenty eight of them," says Kendra. "And they've held up rather nicely for fishing twine."

"Probably best not to worry about that right now," says Kendra. "Where were you going when you decided to nearly faceplant into the glowing white wall of not-being-alive-anymore?"

"I was trying to get to a phone," says Elizabeth. "Thinking of that, give me your cellphone."

"If I still had it, I'd lend it to you, but I don't," says Kendra as she reapplies the bandage as well as someone can when using dry scotch tape on hair. "Gregor smashed it, along with my radio, when he pulled pretty much the same routine on me that he did on you. That's yet another thing to kick his teeth in over. Even if I get out of all this, I had like 22 months left on that phone plan…"

"Dang it! Is there anywhere I can get access to a phone!? This is kind of important!"

"Lots, but it doesn't matter because, as I mentioned, we're, entirely-not-figuratively, the only people in this universe with the exception of Bina. There's nobody to call."

"Your tone of skepticism is ruining my hopes that you'll turn out to be the Quebecois version of Fox Mulder and have answers to all of my questions."

"You're the one who's supposed to have answers, or was that just a ploy to get me away from the wall?"

"No, not a plot. Not entirely at least, I know a few things."

Kendra wonders how she should try to play this. Elizabeth doesn't seem like a particularly gregarious person, and Kendra is not convinced that she'll offer up information voluntarily. She could try to trade answers, but that might make Elizabeth even more suspicious of her.