Bina tries to get down onto her knees but a gust takes her and slams her, hard, into the far wall. All her bruises take this opportunity to remind her that they're all still here and throbbing, and couldn't she just lie down for a while? Stop moving, and jumping, and falling?

When did she hurt her hip? 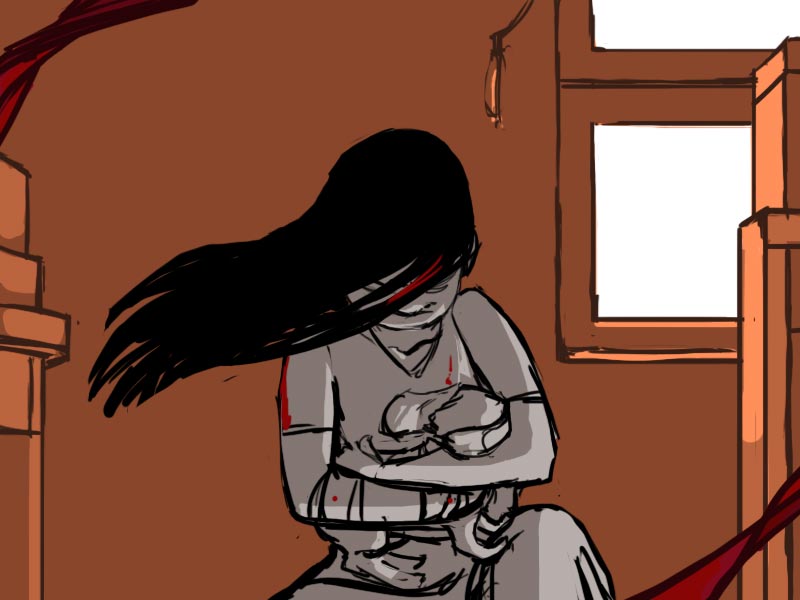 She holds the dog, who is shaking and panicked, and smells of pee.

The storm rises to a shriek. She can barely breath, the wind feels like it's coming from everywhere at once, squeezing her. The stink of brick dust is thick enough to choke on and her ears ache, like they do when diving to the bottom of a swimming pool.

This has to stop soon. It just has too. Static crackles around her like gunfire.

She looks up at the woman who is staring at her. Bina, yelling over the crescendo, asks if this is REALLY 1911? Really?

The woman answers, Bina can't hear her, but she recognizes the shape that her mouth makes.

Yes. Of course it is.

Bina can hear another noise now, louder then the noise of the wind. A voice, no, two voices. Shouting.

Two people are shouting, and the word they are shouting is her name. The voices belong to two people with wires in their heads. Two people who are trapped, staring at something that is not a television, but almost certainly once contained a lime green colour gel, purchased from the theatre downtown.

To make the light green. To make it interesting. To make closing a whole sugar factory for a morning worth it. To make it a show.