Primary Temporal Position: 0933
Reset Temporal Position
xooxu:
Why didn't you just tell Bina you want to go to your friend? Boyfriend or girlfriend maybe? Are you single? Did we already ask if Kendra is even single before we encouraged Bina?

Kendra fully intends on telling Bina, but later because telling Bina will involve arguing with Bina, because Bina's default conversation mode appears to be 'argument' and that is not something either of them need right now.

And no, nobody ever asked.

badatnamesbluhbluh:
>That time machine's pointless if Elizabeth croaked on you.

Ooohkay, she'll check on Elizabeth first then get the time machine. This has nothing to do with the fact that she is actually really tired and doesn't want to carry heavy time machine parts up the stairs just this second.

So she'll just check on Elizabeth and if something is wrong she'll watch uselessly while she dies. Won't that be…

Dave:
If Elizabeth stops breathing at this stage, it's because she's bleeding into her brain. If that happens, she's done, there's nothing you can do. Don't waste time checking on her over and over. You can't help her any more than you already have and she might not have the time to waste. Get her help.

I still vote for Elizabeth to wake up and freak out, because I think it would be even more interesting. 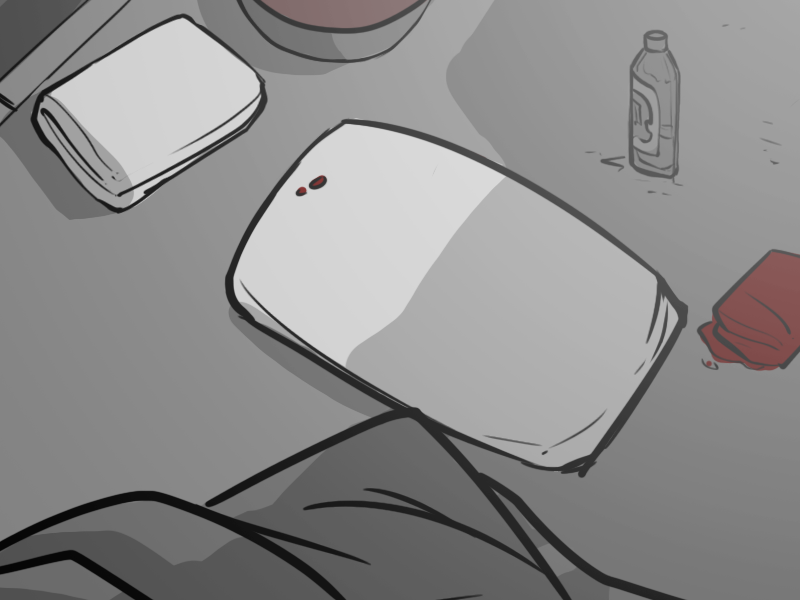