"Strip, out of that hazmat suit."

"You know, this whole process was a lot more fun in my head."

Once she manages to wrangle Bina out of the suit, Kendra lets out her breath between her teeth. 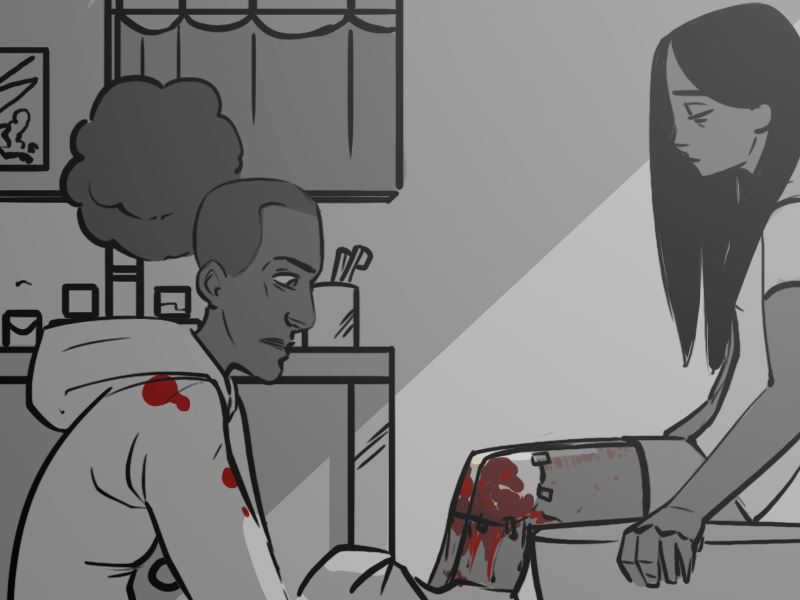 "Jeezus Bina, what the hell happened?"

"I ran into a naught. Saw it getting put together. Botfly got 'round me. Used this stuff… to make… stuff happen somehow. Ran into a lot of rocks. Not enough time. I did a lotta running. Fell on my knees once or twice… or a bunch I guess. Had to climb," she yawns, "Stairs. Lots of stairs."

"This is… really not good."

"You do realize that just saying that doesn't actually make it true, right?"

"I'm going to have to clean these, and that, I feel pretty confident in saying, is going to suck. I'll get you some painkillers."

By the time she gets back with the pills and a glass of water, Bina is already snoring.

She wakes up again in short order when Kendra starts cleaning her knees with hot water and whisky. She swears as well, at considerable volume, in three languages, but there is no one around to hear it.