Kendra would like to get some fluids into Elizabeth, but she's got no IV bags and Elizabeth is unconscious. She remembers reading that you could trickle water into a sleeping person using a wet cloth, but the process is supposed to be very time consuming.

This would be so much easier if she could get her to a hospital! Bina too. Maybe there's some way she can swing it.

But not right now. Right now she needs to stop the bleeding.

Lacemaker:
Clean everything obsessively, then set to work. We believe in you, Kendra.

Using the whisky, Kendra cleans the wound, her gloves, the needle, and the length of fishing twine. It's enough, she tells herself, while trying not to think of Bina's knees.

meganopteryx:
> Sterilize and stitch up that wound real good.

The process of stitching up Elizabeth's head is messy, nerve wracking, and tiring. 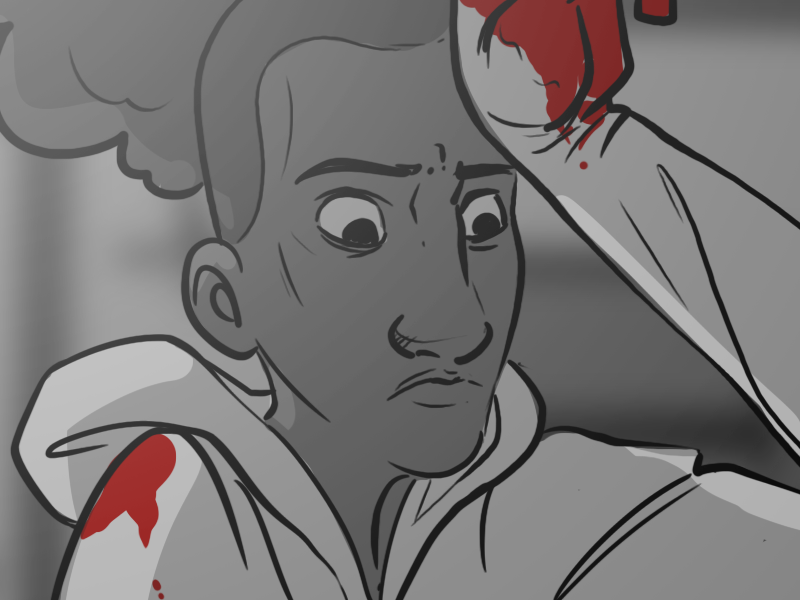 The entire time, Kendra is torn between wanting the other woman to wake up, because that would mean she wasn't bleeding into her brain, and hoping that she won't, because they have nothing approaching the kind of painkillers this sort of thing needs.

She needn't have worried on that account, Elizabeth stays silent and still throughout.

It goes reasonably well. Kendra doesn't think she'd win any awards for her sutures, but the bleeding has mostly stopped and the wound isn't too messy or ragged.

Unfortunately, finishing the job means that she has to figure out what to do next.