On the other hand, Bina has a lot of spooky time woo woo going on so maybe Kendra should check on her first.

Kendra crawls her way over to Bina as quick as she can.

xooxu:
How did Bina drop the watch? I thought it was permemantly affixed in space?

It was but after Bina unlocked the Moment, it's been movable. Kendra makes sure not to kneel on it. That would be… very bad. 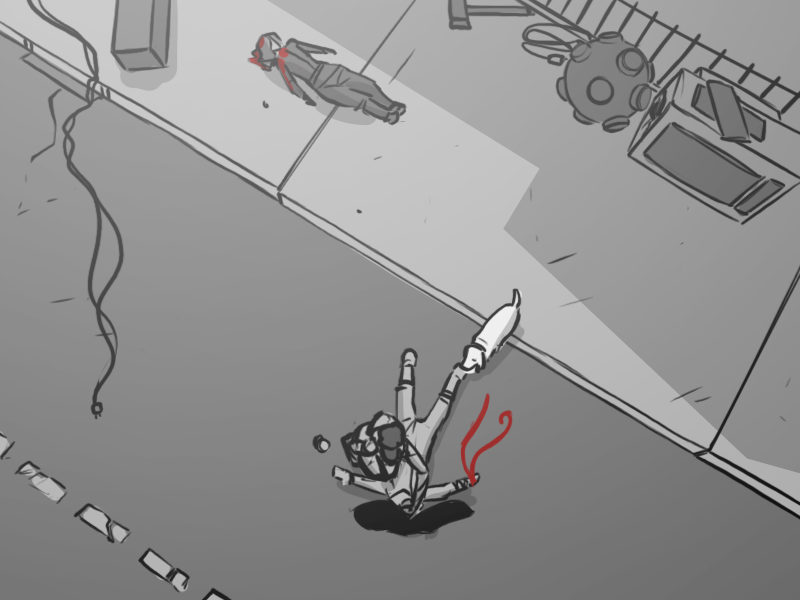 Gah, her forehead feels like a furnace, even through the gloves! Bina's fever is back and it's a lot worse then it was before. She's probably dehydrated too, with all that sweating.

Stupid, stupid, stupid, to let her run all that way! And something happened too. She was probably concealing another injury too. Kendra's met people with something to prove before, but Bina really takes the cake in terms of obstinate idiocy.

A quick once over reveals no broken bones or hidden bandages, but there's no way to tell for sure without more time then she can spare from Elizabeth.

This whole plan was nuts. Is she trying to get herself killed?

She calls out Bina's name a few times and grips her shoulder, trying to shake her awake. The younger woman groans, and her eyelids flutter once or twice, but she doesn't come around.

Kendra considers trying to look for evidence of further spooky time nonsense, but realizes that there's no way she could tell either way. How do you diagnose the condition of two, apparently four-dimensional, holes in someone's when you can't even look at them?

Her pulse is fast but steady. Kendra is fairly certain that she is not going to die within the next five minutes.

Well spotted. I have so many continuity mistakes…