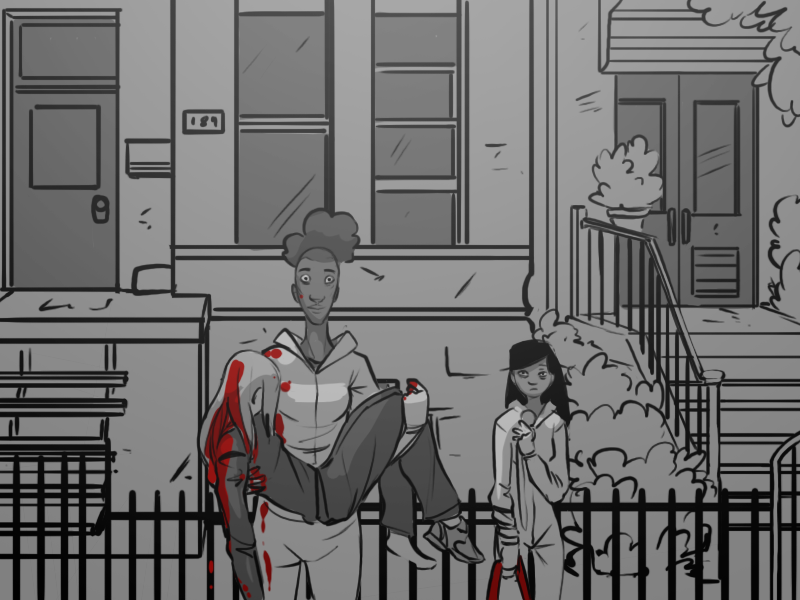 Coming from the chaos and noise and sweat of the disintegrating smokestack, combined with the incredible feeling of relief that somehow, impossibly, they had all made it out in one piece, feels a lot like being dropped into a pool of clear water on a hot day.

> 1st order of business is taking care of Elizabeth. Second is damage control on whatever it is that just happened, if necessary including contacting B3.

"She's alive", says Kendra, "The blood is bad, and the cut is big, I was hoping we wouldn't have to stitch it, but no choice now."

"It's bad," says Kendra, trying to put a good spin on things. "But it looks worse then it is."

"OK, I have to put her down or I'm goinna drop her. I feel like… I don't even know what I feel like. I feel like whatever just happened happened. Let's not do that again. Ever."

Kendra lowers Elizabeth's limp body to the pavement, trying to cradle her neck as much as possible. 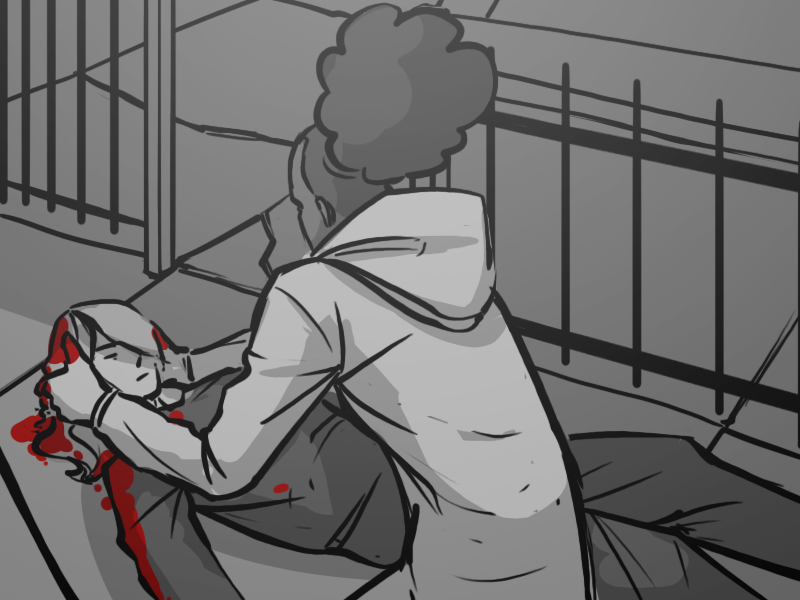 "It'll be OK. Probably. If her skull is OK, which, I think, it is, and her neck is OK, and we can get the bleeding under control she'll be fine! Remember, for HER it's been like, what, a minute? Two minutes? So -"

Kendra cuts off mid sentence. "Dangit! I didn't grab the medical box! It had most of our supplies in it! And the cot! Crap!"