Still where she was about thirty seconds ago when she touched the danged glowstick!

Just now she's half way down a four dimensional hole that she blew in the wall and floor!.

Also that's happening. The thing with the corpse. 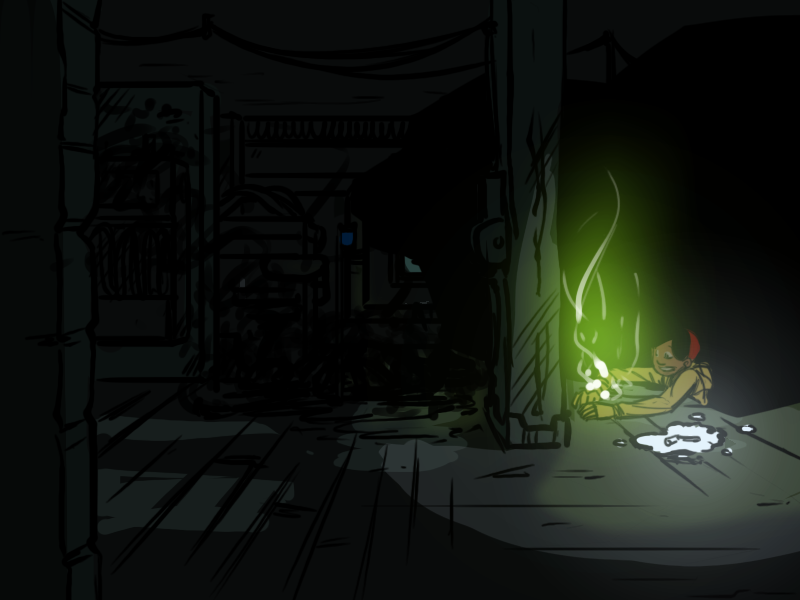 Doesn't need a genius to figure out what's going on there.

And now it's started twitching. Grrrrrreat. 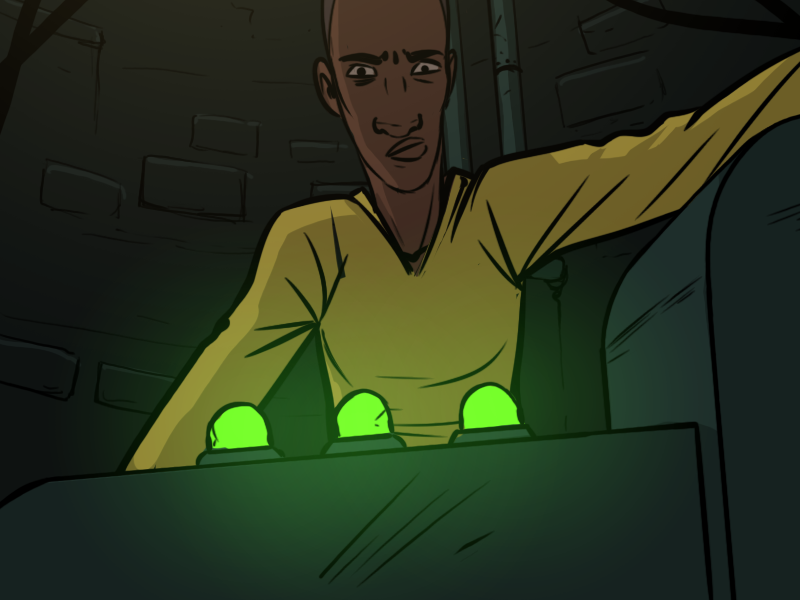 OK, there's a lot more paradox now, and it's sort of fluctuating. No pattern, but it keeps going up and down.

At some point in the last few minutes Kendra started sweating, despite the cold. She's at a five times n-dilation from Bina's relative timeline. For every second that passes for her, five seconds pass for Bina, so this is happening a lot slower on her end. Maybe Bina's just signalling too fast?

No, the pulses are erratic, and they're strong, not dying down completely between pulses. This might be her activating the time machine for Elizabeth, or maybe that pulse earlier was that, and this is something else?

She's got one more minute, five more minutes for Bina, 'till their cutoff time, the point at which they'd agreed that, regardless of whether or not she sent the signal, Kendra shuts down the time machine.

She has to, thirty seconds later, Elizabeth is supposed to show up her and now, and if Bina isn't here to activate time machine number three, in their ridiculously elaborate plan, then it's kerspluts all around.

Bina should have already grabbed Elizabeth, if everything is still synchronized, but maybe something went wrong? What if they've miscalculated the n-dilation on this time machine and she's just activating Elizabeth's time machine now?

And so, Kendra hesitates.

a52:
When is Bina?
I think I'm gonna need a timeline/recap of this section once it's over.

Yeah… YEAH. I think I'm going to need a recap of this section myself when this is all over.