Eww, no. The corpse is dry and leathery, but it's still gross. It's so desiccated that it might fall to pieces if she starts mucking with it, and she has no particular desire to end up holding bits of a partially dismembered corpse.

She's just going to avoid it thanks.

KÃ­eros:
> Head back to what you were doing. You can't get distracted by skeletons in the… not a closet.

Right! Yes. Ignore the floor skeletons. They're already dead. She has the living to deal with, as well as the temporally suspended.

badatnamesbluhbluh:
> Make sure the light is covered.

She clicks the lid closed on the box containing the time machine, the tiny green light inside is blocked out.

badatnamesbluhbluh:
>Find a pile of rubble in the room, and hide the machine under it.

OK. Where to hide this?

She could maybe hide it over there, there's IS a pile of rubble. 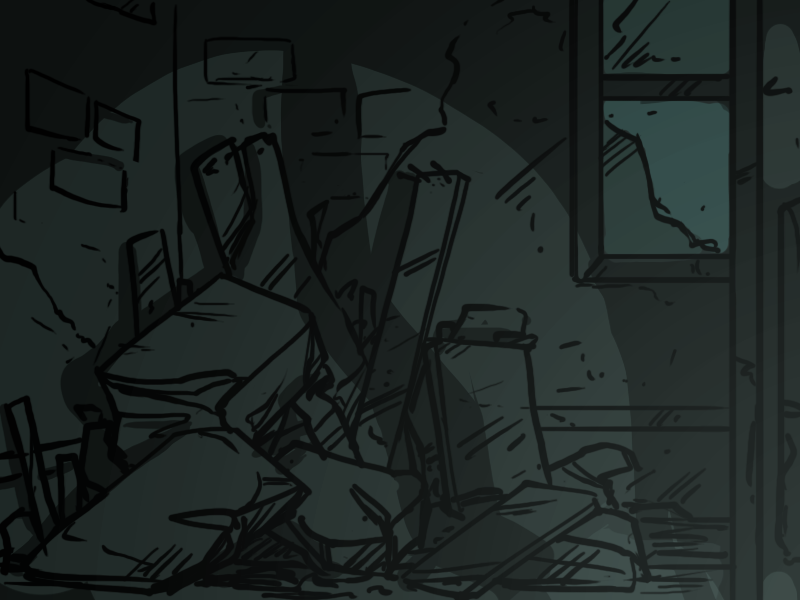 But that might take a while. She'll have to dig out a hole for the box, and it could be obvious that something disturbed the dust.

Or she could try that corner, the one with the knocked over table. 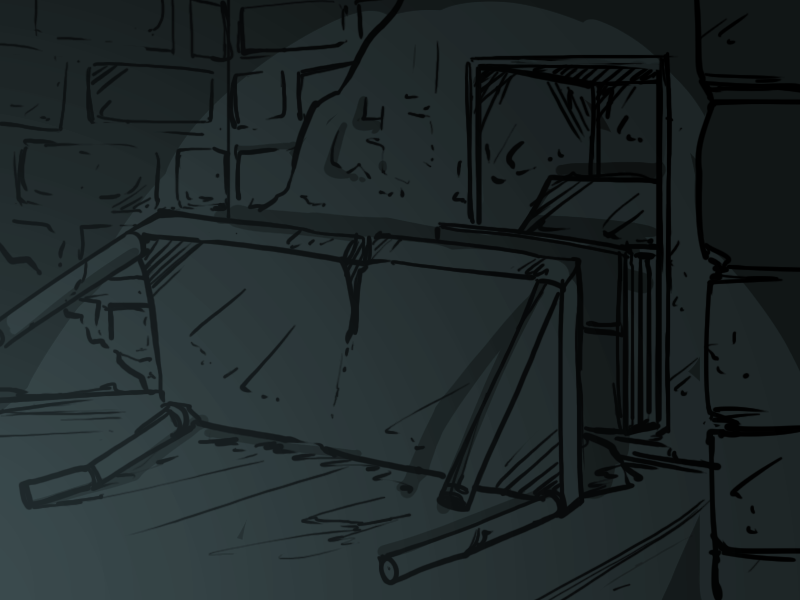 But there's nothing else over there, just the table and some kind of shelf. It's not a great hiding space, but it'd be fast.

Last, she could try to wedge it behind whatever this thing is. It looks like some kind of water pump maybe? 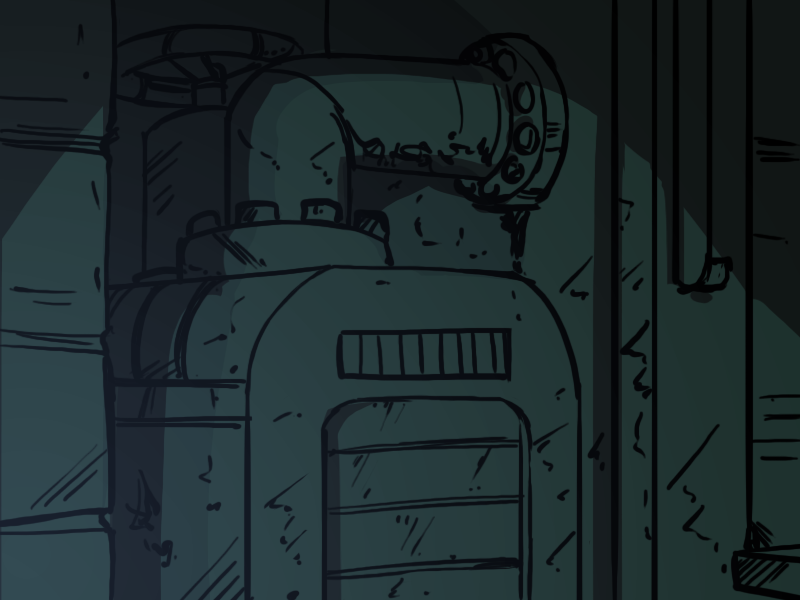 That'll be fast, and pretty well hidden, but she'll have to practically climb over the dead guy to do it.