Hmm… that would be hidden, yes, but the drop would probably break it, and submerging it wouldn't be the best idea either. There's no fans on this model, but it's still got electrical contacts all over the place. A short somewhere would cancel Elizabeth's jump, causing her to splatter.

badatnamesbluhbluh:
>Will you have to worry about the Naughts getting to it, or just Gregor?

Probably not. The Naughts don't seem very smart. There was that one that tried to climb into the pipe after her, despite being far too large. Maybe they just don't have a good understanding of their own anatomy, but Bina suspects they're not the best critical thinkers.

KÃ­eros:
> Did you remember to bring any sort of light that doesn't need your spooky arm to hold? 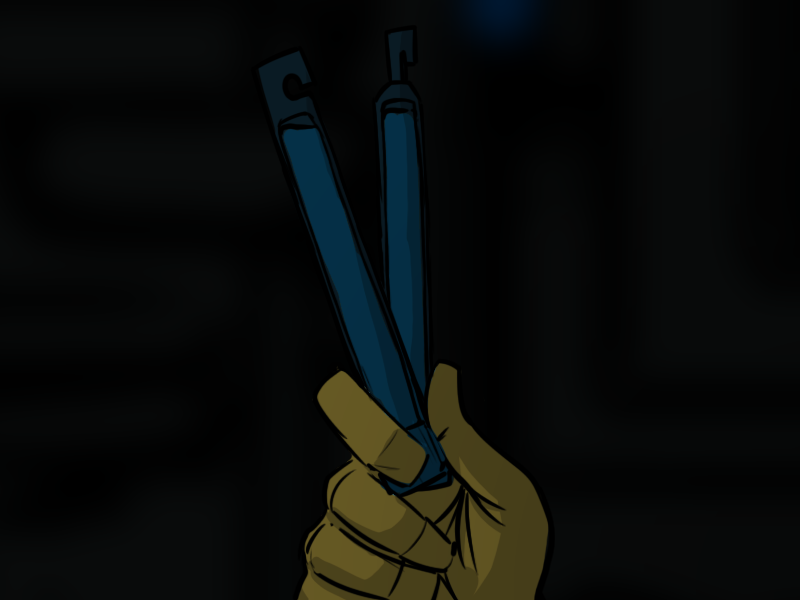 She meant to dig these out when she had the case open, but she forgot. Ah well, no rush now.