Primary Temporal Position: 0082
Reset Temporal Position
Morphimus:
> Tell her the truth. Specifically, that you think you saw some weird supernatural shit, and that it impaled your appendage. Be sure to mention that what you saw could have potentially been a hallucination.

Bina says that she didn't fall on a cargo hook. It was… well something weird. She's not really sure what it was it was - 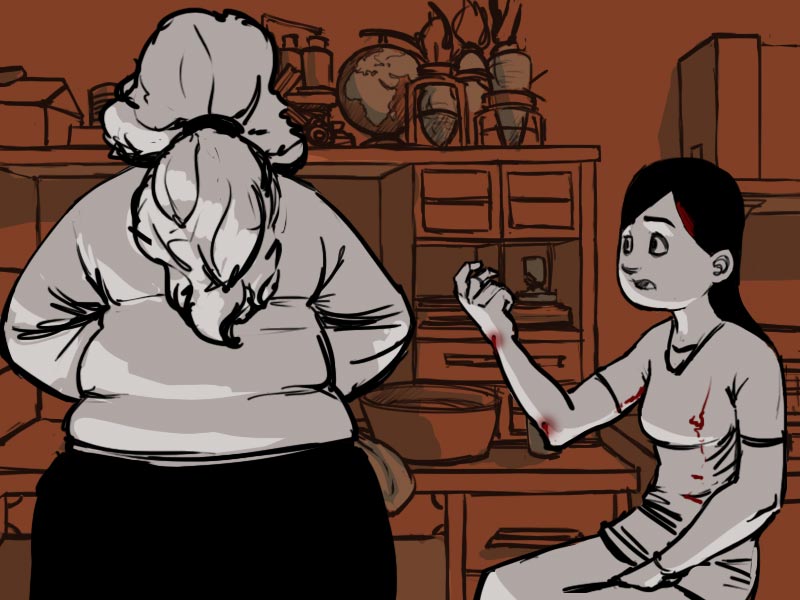 The woman asks if it was a pitchfork? Maybe one of the big cossette wheels. That might explain the size of the holes…

No! Bina is getting fed up with this. The woman isn't listening too her. She explains that it wasn't a pitchfork either. Something weird happened to her. Is happening to her. Still. Now.


Bina rubs her head. She's not sure what it was. Look, something really odd is happening, and Bina's pretty sure that it has something to do with the experiment that is about to happen.

The woman, who had been looking more and more confused suddenly relaxes. 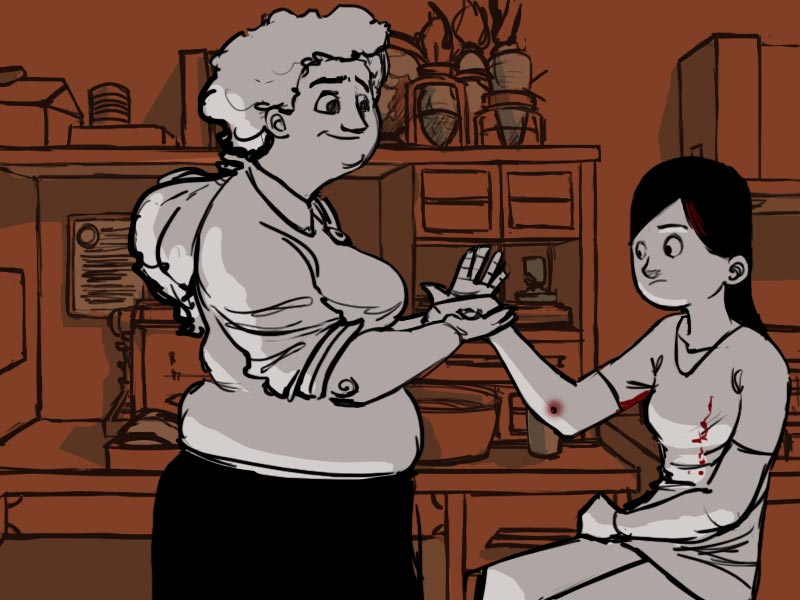 The woman, pats Bina on the hand in what she probably thinks is a comforting way, and tells her not to worry, her experiment isn't going to do anything frightening.

Anyone who has been telling her stories about explosions, or poisonous gas, or the engine sucking your eyeballs out, is just trying to scare her. Nothing particularly exciting is going to happen. It's just going to make one little light-bulb turn on.

Bit of a lag in interactivity here. I intended on uploading this panel as well as the next two all in one go, but it turns out that a) backgrounds take a very long time, and b) so do characters when they're interacting, c) I still require -sleep-.

So this is "=>" territory until after the next update.