tegerioreo:
She seems to be sane. Ask her what the rest of the plan is. It's not like you actually have one of your own…

"So what do we do now?" asks Kendra. "I mean, I get that you were trying to prevent this weird time travel future predestination thing, but - what now?"

"Well," says Three, "That's up to you. I haven't seen your future, that's kind of the point. You have to decide what to do on your own."

"Ohhhhkayyy," says Kendra, dragging the word out, "But why this elaborate form of communication? Why not just send a note? You Bina's seem to be fond of notes..,"

"I needed to make sure you wouldn't do anything like try to look into the next loop," says Three, shifting in her chair. "I thought I should warn you abou-"

"No," says Bina, cutting her off mid sentence.

She says it before thinking, and then spends several seconds trying to figure out why she just cut herself off.

And she can't speak. She can't get words to come out properly. Ever since the television flickered on, her tongue has felt like it's tied in knots.

"No," she says again. Forcing the word out through her teeth. 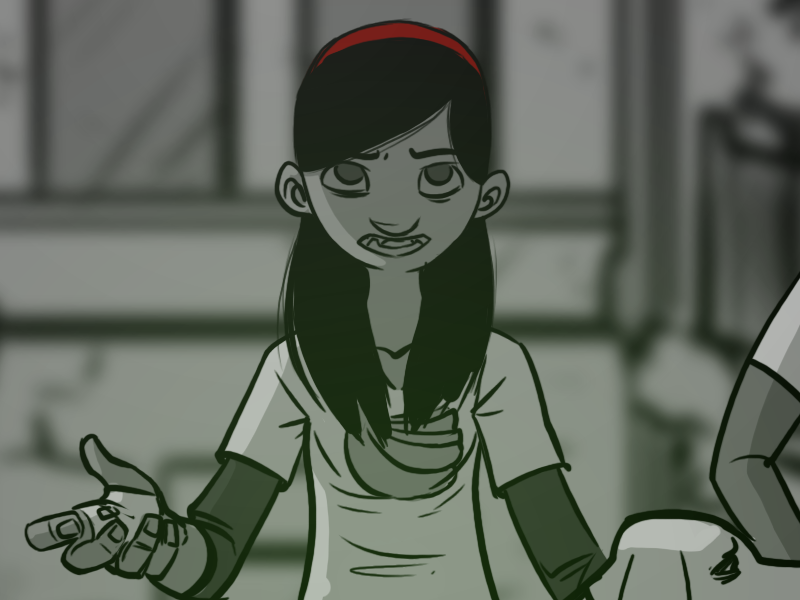 tronn:
>So now what? She's stuck there being all gloomy, but she can't help in case it dooms this loop too. She wants what, company? Someone to talk to?

"Don't give me that 'I thought I should warn you' crap. That's crap, you know it's crap and I know it's crap because you're me and I know what I sound like when I'm bullshitting. Why are we having this conversation Three? What do you want?"

I like it when people are helpful too! Thank you!