"So, you haven't… looked into this loops future yet?"

"No. Nothing past the point that Josephine sent the note. I've been trying to keep my contamination to a minimum."

"But you disabled the Viewers."

"I limited the Viewers. Once I'd figured out what had happened, that I'd doomed not only myself, but at least nine other copies of myself as well to futile failure, I knew that I had only two options. The first was to try to conceal the existence of other loops entirely. This was the cleaner of the two options. It meant that most of the other loops would probably die, but it was the safest way to prevent anyone from making another link in the chain. I spent about two month's trying to figure a way to make it work, but I kept running into the same problem."

"Yeah," says Three, "I have no levers on him. If one of my iterations had overheard him talking to himself or too the Botfly, and started putting things together, the whole thing might have unravelled."

"So you went with option two?"

"Which was… what? You crippled the Viewers by overbuilding them until it was dangerous to even try to take them apart, and then limited them to one loop in either direction? That seems incredibly elaborate."

"I did more then that. I pulled out the Moment's targeting systems. I made it impossible to exit the Moment safely without using the Viewers to build an exit trajectory."

"Yeesh," says Kendra. "What were you even trying to do?"

"As little as possible," says Three. "I didn't want them messing with any of this, so I gave my other selves all the multi-loop technology they 'needed', but with enough mucked up equations and dangerous incentives for them to think it was a dead area of research. I gave them enough to meddle but not enough to continue spreading my mistake."

She pauses and touches something off screen. "So the Viewers are boring. Turn them on, and they just work. Nobody needed to pay any attention to them."

"Twelve did!" says Bina, "She figured out what you were up too!"

"No," says Three, "She didn't. She had her suspicions, as did Ten, but neither of them were sure enough in what they suspected to risk damaging the Viewers. Twelve couldn't bring herself to risk your life just to figure out if she were right about me." 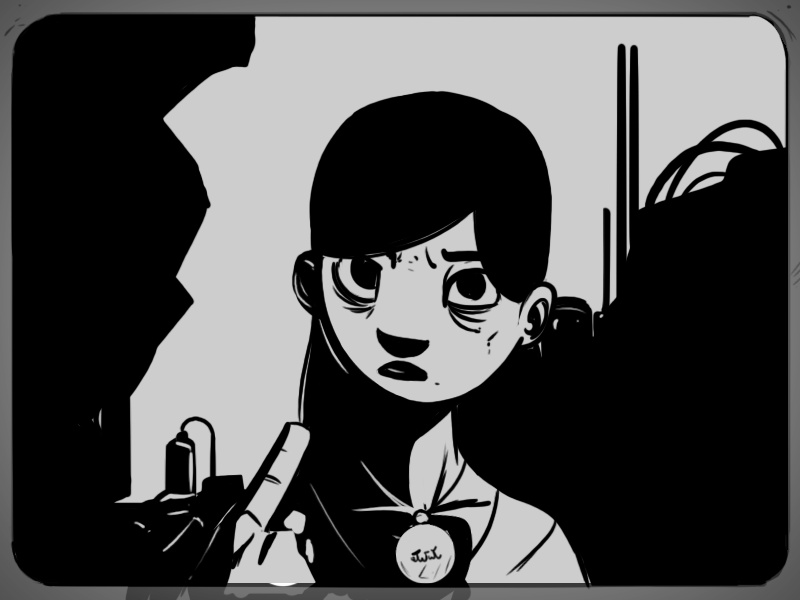 "That was my last trick, the last piece of the puzzle. Think about it. If you had a way to help the next version of yourself, an innocent version of yourself who would be in even more danger, even more peril, than you were in, could you risk not being able to help them? Even if you had suspicions? Even if you knew there was something fishy going on? Could you risk it?"

"So you… what? You held yourself hostage? Against your own good behaviour?" says Kendra. It's not really a question. "Like, 'Don't think about this too hard, and don't you dare touch the Viewers, or you might leave a future version of yourself to die cold and alone in the dark?'"

"Jeeesus," exhales Kendra, "That is cold"

"Maybe," says Three, "But it's not just my life, or your life, that's on the line here, and in case you haven't noticed, the thing we're playing against is playing for keeps."