Bina tries to do the thing you're supposed to do when you're really thirsy and not gulp it, but doesn't succeed very well. 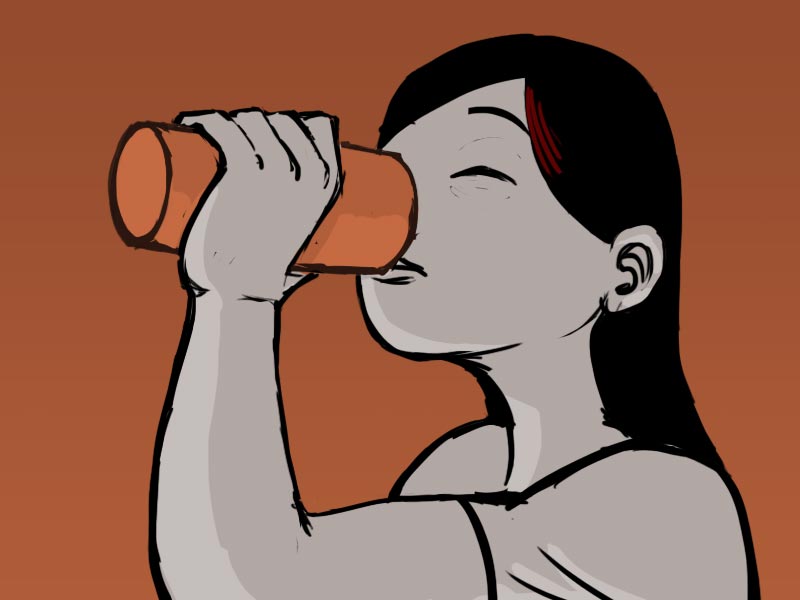 It is the best water ever.

It takes her a few seconds to recover from her drink, but when she does she realizes that she's in a bit of a pickle.

What the heck is she supposed to say to this woman? Bina thinks she's lucky that this strange woman seems to be able to carry on an entire conversation entirely on her own because she's got no idea what she'd even say to her.

Dregadude:
>Try to ascertain the woman's perspective on the current date. Maybe it IS time travel.

Bina really wants to do that, but just up and asking someone what year they think it is, is not the sign of a sane person.

And if this is 1911, not being thought of as sane could be really really dangerous.

OK. So. Time to be subtle Bina. Approach this sideways.

Crowstone:
:O
Ask her if she's looked into the courtyard lately
and noticed the people on the couch

Sideways… hmmm… lets figure out if she knows what's going on in the loading area.

While the woman is soaking a cloth in the basin of water, Bina asks if she's seen the people out there on the couch. Across the loading area. 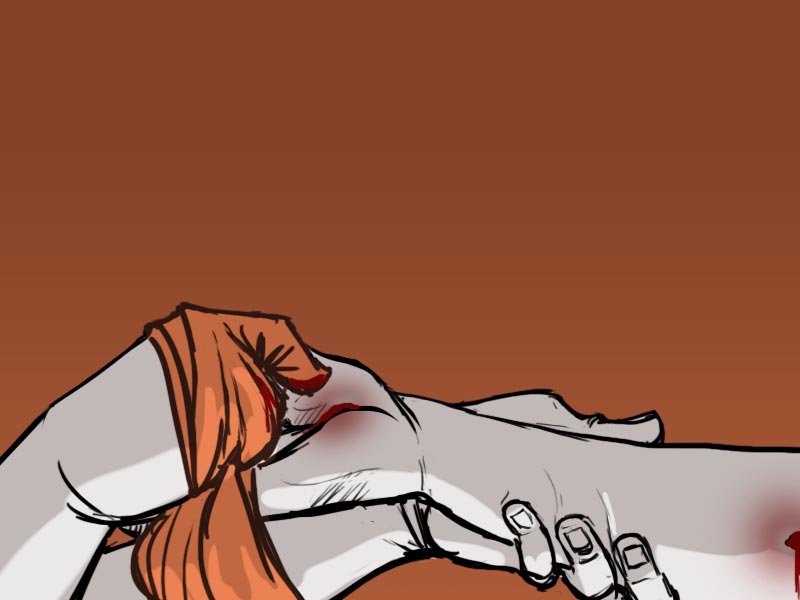 The woman doesn't even look up, but tells Bina, podium, the word she is looking for is podium. Couch is something you sit on. 'Podium' is the wooden thing you use for standing on in crowds, and yes, she's seen the podium out there, and the people too. Last time she was out there they'd finally hit fifty pairs of eyeballs, which is the just enough for the experiment.

She dabs at the cut on bina's wrist with the damp cloth and asks if these holes go right THROUGH her arm? BOTH of them? How did THAT happen? And WHEN? The edges are already puffy and red, as though they've been left dirty for hours.

epoxy:
loneVision:
>WHAT IS THAT ON THE WOMAN'S BACK?!
>Be blood-sucking, mind-controlling brain-monster.
I think it's her hair in a bushy ponytail.

Dang, and I thought the art was pretty good in this scene. That is her hair in a ponytail.