Leonstar0:
THIS IS NOT WHAT I EXPECTED.

"OK! So this is not what I was expecting," says Kendra with a forced smile.

a52:
She looks like she's been through some shit.

What she doesn't say is that the Bina on the screen looks like she's been down about five hundred miles of bad road. She turns to the Bina beside her. "What about you Bina? Were you expecting this?" 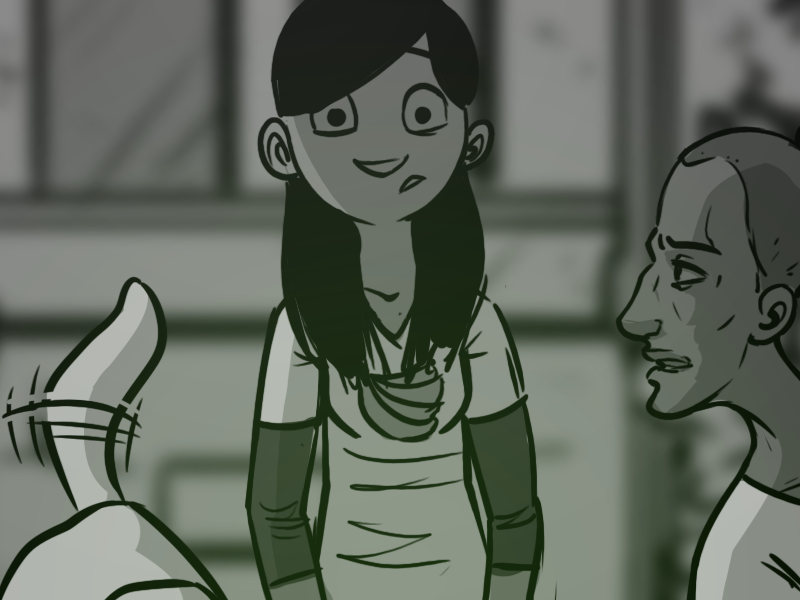 Current Bina does not appear inclined to say anything, so Kendra takes over.

AlphabetizedInsanity:
> Don't be rude, introduce yourself. She might not know which loop (assuming this is a different Bina) she's looking at, and, maybe she'll do the same?

"Hello! It's um, nice to meet you. We are, we think, in the thirteenth loop. If it's not rude to ask, which loop are you in?"

"Hello Kendra," says the other Bina, "It's nice to finally meet you. Your question is a tricky one. I don't know for sure which loop I'm in. I know there have been at least a few before me, possibly quite a few, but I haven't been able to figure out how many."

"I've decided to go with 'Three' for the moment. It's a good number, and it's no more or less wrong then any other number. Lets go with that. I am Three, and you are Thirteen."

wolftamer9:
(That reminds me, Jack, this is a reminder about those Piotyr-static illustrations and the retcons if you still haven't done them.)

This, it turns out, is actually kind of hard, as both those threads are locked. I'd have to get them unlocked, then do the edits, then get them relocked. A bit of a hassle!

My plan is to add both sets of missing panels when I create the a website for this thing!

And I do plan on doing that! I plan on making a website! Soonish! (no but seriously, this is actually a plan this time).